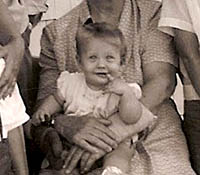 Even as a little kid I thought I was the luckiest girl in the world, which pretty much made it true. As soon as I picked up a pencil I discovered a whole mess of ways to amuse myself, and that meant I could stay inside my own head, and out of other people’s way. 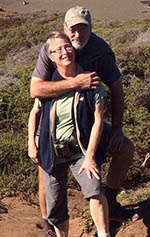 I still can. And I was lucky enough to marry a man who feeds me and cleans up after me and makes sure I don’t walk off the edge of a cliff or smack into things, so I’ve been able to fully indulge my interests. Dave and I picked each other up off the bargain table when we were young and foolish, but forty-five years later, it’s starting to look like it’s going to last. (I do have a huge crush on Domenico Scarlatti, but he’s good and dead.) 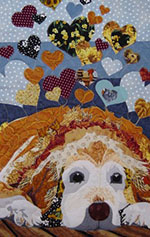 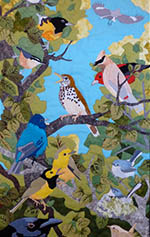 Anyway, besides writing, which apparently I’m doing so constantly that I have trouble keeping up with a conversation, I enjoy playing classical piano, and any number of artistic endeavors, notably drawing, painting, block printing, papier-mâché, and quilting. Most of the results are in other people’s houses, but they include a ceiling-mounted installation of a flock of bat-pterodactyls hanging among stalactites, a toilet plunger with Franz Liszt’s head on it, and various pictorial quilts. 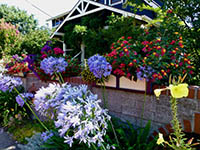 I also like to dink around in the garden, which looks pretty decent a few months out of the year as long as you’re standing in the right place. My yard is the one with boxwood amphibian topiaries and no lawn. 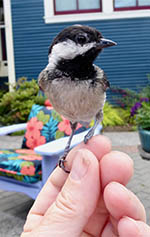 If I’m not at home, I’m likely to be hiking in the mossy woods past some waterfalls on the way to an alpine meadow. Or maybe I’ve got my binoculars trained on a bird everyone but me can identify.

I love salamanders, birds, and beer, just in different ways. And I count it among my greatest strokes of luck to have been friends with the valiant Studley Windowson, who was in the chickadee-manufacturing business in our garden for several years. I miss him, and am currently stalking new birds. 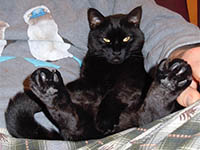 I have no plans for an afterlife, but just in case, I’m putting in a word to be reincarnated as a high-elevation marmot, if only for the view.

Until then I’m living in Portland, Oregon with one husband and one cat at a time. 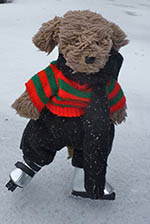 …And About Pootie
Pootie showed up stowed away in a giftwrapped box on Christmas Day, 1988, and has been running things around here ever since. For a stuffed dog, he has a great deal of confidence and self-regard, and we’ve come to depend on him for guidance in life, since with most decisions we could go either way.

He also has an untoward interest in fame which would be unappealing in a less attractive person, but on him it sort of works.