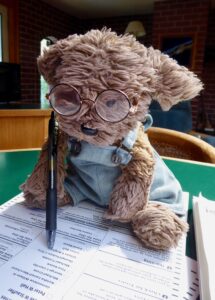 Things are shitty. People are pissed. And the usual players on the fringe left are already promising trouble. As they hope to, they’ll have an effect much bigger than their actual numbers would indicate. Not a good one, though.

Peaceful protest has never achieved anything, they say. Voting is useless.

So, what exactly is the plan here? Will there be a Guillotine?

These are the voices of rage. I understand the rage. I share the rage, but I try not to let it take the wheel or take over my heart.

Peaceful protest has never achieved anything. Voting is useless. The nifty thing about dogma is you don’t ever have to question it. If something is repeated often enough, it becomes true. It’s like religion that way. And pardon me for thinking religion is not, historically, the most righteous way to run a world.

If you put a frog in water and gradually heat it, it will boil to death. Ten percent of us are gay. Glass is a slow liquid. You lose most of your heat through your head. Everything’s going to be all right.

Well, let’s see. Only if you don’t give the frog a way to jump out. No, but some of us may be ten percent gay. No it’s not. No you don’t. And no, it probably won’t.

Sustained peaceful protest, especially against clear oppression and violence, absolutely has changed minds, laws, society. The grape boycott. The bus boycott in Montgomery. The Singing Revolution in Estonia. The Suffrage parade. The success record for violent protest is spottier.

Lasting change comes when the tide of public opinion turns. When ordinary people see peaceful marchers mowed down before violent policemen and Klansmen. When they discover their friends and family are gay. When they see video of police violence they can’t deny or explain away. When minds change. Hello, dumpster-fire brigade? If you’ve lost people like me—who already agree with you—you might want to rethink your strategy.

It’s not a strategy, of course. It’s a tantrum. And exactly like a tantrum, it feels right because the cause is so just and the stakes so high and, most of all, rage, like fire, or like Republican lust for power, wants only to feed itself. Rage flashes over and rage sends sparks across the highway. In this case, right-wing think tanks use these tantrums for kindling. It keeps their people hot.

Voting is useless? Maybe we could—I don’t know—try doing it first before we jump to that conclusion. Of course it works. If it didn’t, Republicans wouldn’t be doing everything they can to keep certain people from doing it. In fact this whole sorry state of affairs proves voting works. They voted, and we didn’t. Not as hard.

Yes, they lie, and yes, they cheat. They tell people their kindergartners will get to decide what sex they “want to be.” They tell people liberals are coming for their guns. They tell people they are just like billionaires: overtaxed. They tell people all sorts of things. And those people not only vote: they vote for the dogcatcher if he puts in a good word for embryos. They vote for the precinct committee chairman’s second lieutenant if he says he wants to build the wall. They vote for school board members if they swear white kids will never be subjected to the shame of history. And bit by bit, election by election, the minority Republicans own the whole ranch, from the bottom up. And gerrymander their positions solid. And install judges right up to the Supreme Court. And dismantle environmental protections. And keep the whole top spinning by inventing evil Mexican hordes and pedophile Democrats and whatever fool thing they’ve trained their base to believe.

That’s what voting can do.