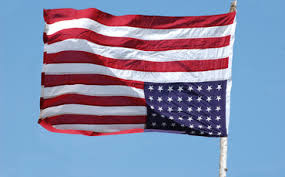 As I understand it, Mitch McConnell and his wrecking crew not only held up Obama’s choice for Supreme Court, but did the same for hundreds of other vacancies in the judiciary, so that by the time their biddable bag of meat acquired the Presidency, he could pack the courts with young conservatives who might be expected to steer the country hard to the right for many decades.

Which is awesome if you happen to believe that abortion is the most important moral question we face. It’s an answer to prayer. To the Republican majority and the billionaires who underwrite them it is less a matter of God’s will than the culmination of a long-term strategy designed to gain and maintain power. It’s one element in a campaign that also includes gerrymandering, voter suppression, union-busting, propaganda, and flat-out cheating.

There are a number of reasons I believe abortion should be legal, reasons having to do with coercion and control, and the mysteries of the soul, and the pragmatic consideration that more abortions can be prevented by access to free birth control than by criminalization, and a bias in favor of women’s health and autonomy over fetal rights, but it’s not something I intend to argue about with people who describe themselves as pro-life.

Suffice it to say fetal success is not at the top of my list of concerns. Not above civil rights for the born; not above the destruction of the particular climate that has sustained us and other life forms; not above the demonization and marginalization of entire groups of people, by race or faith or country of origin, which precedes and condones their elimination; not above the lust for war, which precisely tracks the lust for money. So much. So much I care about.

So many of us do. Enough to march. Lawsy, wasn’t that a march! That sea of pink hats! There are more of us than there are of them. How did it all go so wrong?

Let’s go back to the anti-abortion folks. Sure, they’re just one element of a constituency that includes nervous gun owners and xenophobes and outright racists–there’s some intersectionality involved here–but let’s look just at them.

These people care. They really care. They care enough to vote, and they vote every chance they get. They put their people on the school board. They elect judges. They elect their city council. They scrutinize every ballot to reward the stance they favor. They’re in a minority, but they win. Because they vote.

Is there anything we care enough about to do that? To vote?

Peace? Justice? Sustainable energy and economy? Shared prosperity? Do we care about extinction? The collapse of the oceans? Refugees? Poverty? Do black lives matter to us, at all? Do we assume our own version of righteousness should prevail on its merits, without us having to bother to vote for it?

How would this world be different if Al Gore had had enough extra votes that the Supreme Court would have been ashamed to hand the election to Dick Cheney? Would climate deniers have dominated the Cabinet? Would we still be mired in a fossil-fuel economy? Would we be at war in the Middle East? Did we really think Hillary and Donald were equally bad choices? Really? I guess so. Enough of us stayed home pouting. Waiting for that gorgeous candidate, so we could rest easy, put a LOVE sign on our lawn, and go back to our oblivious daily lives. We didn’t care enough.