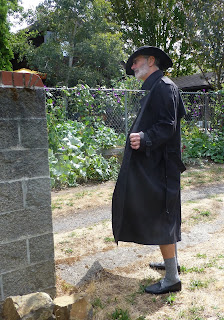 There are many things about the eastern part of the country that a person might miss if she moved to Oregon, none of which is humidity. Or ticks. Or black flies. Or mosquitoes. But if there is a sparser selection of good beer, there is a richer complement of salamanders. There is the sweet and evident wealth of the deciduous forests. And there are fireflies.

In my memory, we had fireflies all summer in Virginia, but the internet informs me that that is yet another fabrication of the nostalgia department of my brain. They go off for a few weeks, maybe. But what a show! As usual, it’s all a matter of advertising yourself to the opposite sex, and it works way better than a Speedo. Who’s not going to be impressed by someone who mixes an enzyme with oxygen and magnesium and blows light out his butt? No one. Well, the firefly doesn’t blow it out. It’s more contained, like a little lantern.

That’s what kids in firefly territory invariably try to do with them, at least once: capture as many as they can and put them in a jar with holes considerately poked in the lid, and stick it on their nightstand as a lantern. The beetles mope darkly in there for a while, and then they wait until the kid is asleep before dropping dead, and by morning, when you don’t need a lantern anyway, all they can do is rattle. Good kids give up after a while, recognizing this as cruelty, and content themselves with catch-and-release.

The male fireflies flash in a pattern and cadence peculiar to their particular species, and the females are thus able to mark them as fellow tribesmen and possible consorts. The females are perfectly capable of flashing back, of course, but they do so whilst parked in the recliner, while the males say “look at THIS! I can do this while I’m FLYING! I’m over HERE! Now I’m over THERE! What a GUY!” The females are cool with that as long as they don’t have to get up and do anything. That’s nice, dear. I’m right here. Bring me some nectar while you’re up. 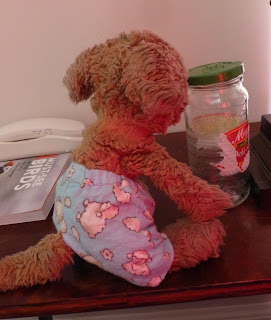 I was surprised to learn that we do indeed have fireflies out west, but they don’t flash, which makes them a sorry excuse for a firefly, really. You wouldn’t watch an acrobat lying down doing bench-presses with the trapeze, not for long, anyway. In some areas, fireflies of the same species coordinate their flashes so they all go off at once. Supposedly it helps with the advertising. One gets to be The Dude, and the rest are his wing men. Everyone gets along because they all think they’re The Dude. For all anyone knows, the west coast fireflies, that don’t flash, also don’t flash in unison, which is only marginally cool.

Fireflies can also be helpful in assisting human females to sort out the goods. A certain kind of little boy cannot be prevented from catching a firefly, ripping its glowing abdomen off, and sticking it in the middle of his forehead to show off. Your higher-quality girls can immediately eliminate these boys from favorable consideration. As they metamorphose into adults, those boys become too fat and lazy to catch fireflies, and present instead with sleeveless Confederate flag t-shirts and a Budweiser.