A Matter Of Faith

What with all the religion weighing down my family tree, it’s a wonder none of it slid onto me. I’ve got one ancestor that felt so strongly about his faith that he talked all those people into sailing on the Mayflower. I’ve got a great-grandfather so pious that he sent Mark Twain over the edge when they did a lecture tour together. My grandfather was an Episcopalian minister. My dad quoted the King James Bible all the time, although I’m not sure he meant anything by it. But here I am, bereft of faith.

I’m pretty sure I wasn’t rebelling. By the time I was introduced to religion, it was a very inoffensive sort, just like my mom, who was responsible for the introduction. There’s nothing to push against with Lutherans. It’s just a bunch of nice people and weak coffee and singing in four-part harmony. No brimstone, no damnation. The word on God was that he was love. I expect I bought most of the stories at first. The whole manger scene was easy to imagine, and things didn’t get real sketchy until later, but I suppose I bought that too, even though it involved coming back from the dead and floating into the sky, and other things generally accepted to be unlikely in the normal course of events. 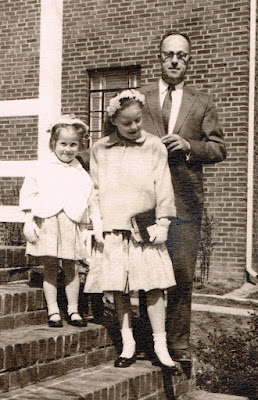 No, the first time I questioned anything, it was that line in Mark: “He that believeth and is baptized shall be saved.” Wait–what? How could that possibly be fair? Are they just making this all up? (This was an intriguing possibility that had not yet occurred to me.) I guess I was willing to go along with the believing part. That seemed like a sound requirement if you’re planning to join a club, and of course there are going to be rules: don’t swear, remember the Sabbath, no girlz allowed. But throwing in that other makes no sense at all. Why not “he that believeth and performs the chicken dance at midnight on the second Sunday in June shall be saved?”

There are so many ways to go wrong,  once you start larding on these random rituals. So many ways to separate your fortunate self from the less-than-true believers. Take baptism: do you go full dunk or delicate sprinkle? Do you need to douse your infant before she has a chance to go to hell, or can it wait? 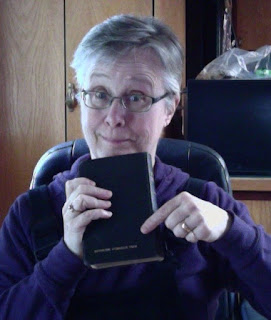 I guess there was some sort of Baptism before John the Baptist but he’s the one with the marketing. Every good cult needs a gimmick. The word comes from the Greek and means something like “dip” and the general idea is you’re getting washed clean and starting over, but I’d be careful where this is coming from. Dipping and washing is one thing, but at least one derivation of baptize gives its primary meaning as “plunge,” with helpful examples including plunging a sword into a throat or an embryo, which leads me to believe the simple sprinkle will not suffice, and a sacrifice might be in order. Which, traditionally, is not outside the bounds of religion.

I personally have an aversion to being dipped, plunged, or sprinkled with water that is not coming hot out of a showerhead, and for this and other reasons, I am taking my chances with the heathens. Maybe I’m just not much of a joiner. I think if Jesus had had a different cousin named John the Chicken Dancer, I’d have stuck around a little longer, though.