A Poot Too Far 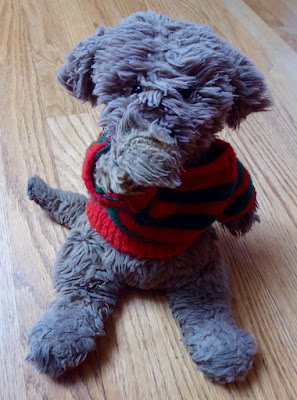 Deep down, who doesn’t like farts? The sheer variety of toots that can be emitted from the single instrument is a credit to our creativity. It’s all about pressure, volume, and embouchure, but you can’t discount practice. I myself have so much affection for the subject that I can still recall individual productions. As a mail carrier, I was accustomed to being on my own, which is helpful if you have performance anxiety. A few stand out.

There was the day I was stuck in an otherwise empty apartment mailroom with sweet old Mrs. Gilbride and a bellyful of burrito. She could not be persuaded to flee the impending blast. Finally I realized she was nearly stone deaf and I cut loose with a mighty boom. Mrs. Gilbride’s arms sprang out and she jolted visibly and quacked “What the hell was that?”

In my defense, I believe she did not hear it, but was caught in the concussion.

At the other end of the spectrum was the gentle raindrop plup I emitted one fine day, followed by another, and then the dawning realization that I had enough ammunition in the chamber to plup my way plup plup all the way to the next delivery, one plup by one, and no witnesses in sight, plup plup plup; a discovery that made me so happy I parceled them out plup one per footstep plup with enough in reserve to finish with a slide-whistle flourish plup plup peee-oooooooo-wiiiip! right at the destination mail slot. Where the meter reader stepped out from behind the shrubbery. Damn cheerful fellow, he was.

Then there was the time I got in the elevator in a small apartment building to deliver a package. This apartment was filled with working folk and I rarely saw anyone in there in the daytime. I entered the elevator and filled it with confidence and reminiscences of my most recent lunch. “Other people’s farts are disgusting,” I remember a comic observing once, “but your own are always kind of interesting.”

Mine was. Notes of fennel, garlic-forward, with a structure of pork sausage, and a smooth navy-bean finish.


No one is ever home at that apartment building. Nevertheless the elevator slowed and the door opened and a handsome young man entered with his Labrador retriever. He smiled, moved to the back, and turned toward the door, following protocol. His nose wrinkled.

“It happens,” I smiled, vowing to buy a lottery ticket later.

But I am only a grade-B flatulist in comparison with Dave, the Maestro of Methane. Ever tuneful and creative, with an impressive repertoire, he is also capable of a world-class eruption when sound asleep, a titanic airhorn blast, causing zoo elephants across town to ripple their ears in solidarity, railroad crossing gates to close, and schoolchildren for miles around to file outside and wait for the all-clear. Startled house guests fret, once their heart rates come back down, that he must have injured himself, but they underestimate his stamina and years of training. What does your husband do? acquaintances query, and this is always the first thing that comes to mind.