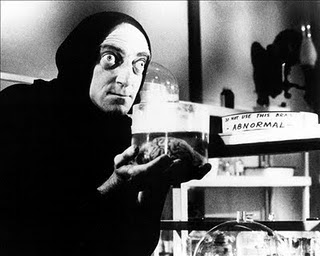 I don’t know how many times I’ve said I wished I had my father’s brains. I’m just glad I never mentioned that out loud at the funeral home.

A New Mexico family is suing (the hell out of) two funeral homes for giving them a little more service than they wanted. Their mother perished in an auto accident in Utah, and her remains and personal effects were bundled up by a local funeral home and sent to the New Mexico funeral home. On the day of the funeral, a box containing the dead woman’s personal effects was solemnly passed to the family, who stowed it in their car, and there it stayed, unopened, until a day later when it acquired an aroma. There in the box was an assortment of personal items and a bag of brains. Mom’s brains. We shall assume.
We shall not dwell overmuch on how the brains came to be separated from the rest of the body. It was by all accounts a dreadful car wreck. And someone has the unfortunate task of picking through the wreckage and gathering up items which should be returned to the surviving family members. Sunglasses, pearl necklace, rings, road map, little pine tree deodorizer, brains. One of these things is not like the others. Do you know which one? Just off the top of your head? 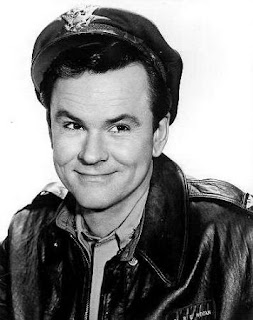 No one is saying her brains should have been ignored, and that can happen. If you will recall, Bob Crane, who played Col. Hogan in Hogan’s Heroes, was murdered by bludgeoning in a case that remains unsolved to this day. The detective on the case got so far as determining that the murder weapon was a tripod, and he had a tripod-owning suspect who had rented a car on the night in question, but other than that he was stumped (“I know nothing”). Fourteen years later, someone discovered some brains in the rental car that had been overlooked the first time around.
“Whoa, Ned! Check it out!”
“I’ll be go to hell. Looks like brains. Don’t that beat all?”
“Well, put them back–we’re looking for a signed confession, here. Focus! Focus!”
For their part, the funeral home in Utah defended its actions as standard procedure. According to misleadingly named Serenicare’s director, the redundantly named Dick Johnson, “it is common practice to ship it inside a bag. If we put it back in [the head], it could have been a soggy, leaky mess.” Whereas this is no doubt true, it may be the biggest example of Missing The Point since Sarah Palin’s handler suggested she might be more comfortable in flats and a pantsuit. People! No one doubts you did a nice, tidy job of it. But this isn’t Safeway, and that’s not a pork roast. Don’t put it in the cart.
Mr. Johnson went on to explain that in these situations the family is “typically encouraged to let the funeral home discard the bag rather than take it home with them,” implying that there may have been a communications lapse on the New Mexico end, or even a poor choice on the part of the family. There seems to be some confusion all around, so I have taken the trouble of drafting some guidelines for this situation in the future: 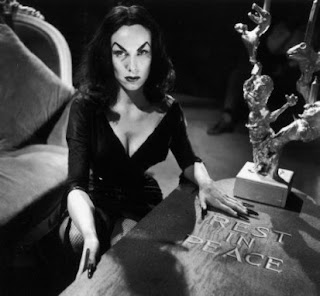 (1) Always keep in mind that we want to remember Mom as she was when alive. Most of us.
(2) In circumstances like these, we would like other, unrelated people to get the spatulas and whatnot and get her scooped up, recombobulated and as presentable as possible and transported to a burial site.
(3) This includes her brains.
(4) Standard procedure is to bag up any stray brains and insert them into the torso for shipping, just like gizzards in a Butterball.
(5) We do not want to receive her brains along with her personal effects. Even if they are double-bagged.
(6) Seriously. You can ask the next hundred people you meet, and not one of them is going to want a bag of their mom’s brains. A rib-eye or a bit of brisket, max.
By Murr Brewster|2021-11-09T21:30:46-08:00January 30, 2010|Uncategorized|9 Comments