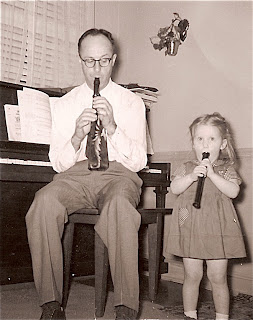 It wasn’t until I got a scanner and began trying to immortalize old photos from my youth that I realized just how degraded many of them are. The black and white ones were amazing. I have albums full of black and white photographs that are only like an inch square and the scanner reveals details I never knew were there. I have a photo of my Dad and me playing recorders and I’d always wondered why he had the leather case for the recorder on his chest. It turns out it was his tie.

But the color ones were awful. Clothing deteriorated into pock-marked pools of color. Faces oranged up. Discrete areas of the photos ran together like sauces on a plate. From any archival standpoint, they were a disaster.

But now, thanks to the Instagram app, you can take a brand-spanking-new photograph and crud it up right off the bat. I’m at a loss to understand why you would want to do this, but evidently, there is a market for nostalgia for times you haven’t even lived through. 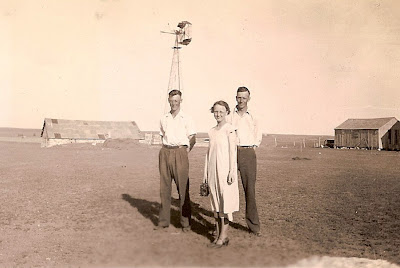 I probably should be able to get this; we’ve been able to put a sepia-tone on photos for years, and it does look pretty cool. But not all old brown photographs are sepia-toned. My mom’s old pics from the farm are not sepia-toned. That was North Dakota during the Dust Bowl, and those are full-color shots.

Still, it seems stupid. Why not develop an app, I thought maliciously, that will paste scratchy sounds over perfectly good music? Ahem. The VinylLove app is already doing it. The app will scour your tunes and put them in mandatory album order, so you have to listen to the crappy songs to get to the good ones, just like the old days, and it will layer random static noise over all of them. With luck, the next version will introduce skips. Well, why stop there, if we’re going retro? Develop a game depicting the album cover on the screen and use your manual dexterity to roll seeds off of it while retaining your weed.

There’s a new app called Square that allows you to pay for things using your phone, but there’s no reason not to add an old-school version. If it’s a Friday night, you can try to pay for something, but it won’t go through until Monday after ten a.m., when the screen would depict, for fifteen minutes, an image of the butt of the person in front of you in line at the bank.

Your gigantic HD flat-screen TV will wink out at midnight and leave you with nothing but a fading star, the National Anthem, and a reason to go to bed already.

Your GPS system can quit giving you directions and instead recite a Burma-Shave poem, tell you to pull over to the side of the road and then send little puffs of blue smoke out from under your hood.

Shoot. You want nostalgia? You could have a Whiny App that would detect any sign of petulance on your part, and then give you something to cry about.