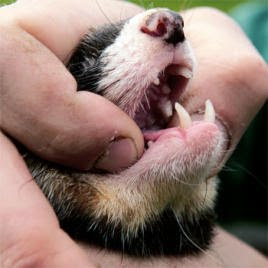 Alarming news from this part of the world: the first case of human-to-animal transmission of the swine flu has been recorded. Right here in Portland a man was found to have passed along the H1N1 virus to his pet ferret. Officials at OSU were able to confirm the presence of the virus in their nasal secretions. It’s a pretty stunning development. That’s right: the state of Oregon employs a ferret snot collector.

God Bless America! I’m proud to live in a country that employs a ferret snot collector. I’ve just about had it with people dumping on gummint employees. I admit I was the closest thing to a gummint employee myself, as a letter carrier for the United States Postal Service. We aren’t really government workers. We don’t get any tax money or anything. But people still think of us a representing the government. We’re relatively popular, like national pets; we’re like any other scruffular sort that b 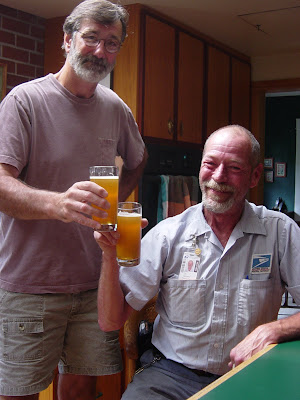 ounds up on the porch, scratches itself, and gives you things you don’t really want. We’re kind of cute. But I did get weary of walking into a business and hearing the office wag bellow, “Hey, Uncle Sam! Workin’ hard, or hardly working?” This, after he has only just clicked onto the spreadsheet he uses as a camouflage for his Facebook page.

There are a lot of people who are somehow able to hate potholes and taxes at the same time–I know!–and these people are inclined to disparage government workers. They think of them as paper-shuffling, tax-sucking Faceless Bureaucrats. When in fact your average government worker is monitoring salmon runs, inspecting meat for cooties, making sure your poop has somewhere to go, and teaching children–not only your adorable children, but also the soiled ones with nits and nasal secretions from down the street. It’s a lot of good work, really.

Meanwhile, in the private sector, Americans are also working very hard. The lucky ones are holding down more than one job, in fact. They aren’t necessarily manufacturing anything, which we prefer to leave to Chinese workers, who are cheaper. Or building anything, which we prefer to leave to Mexican workers, who are cheaper. No, it’s that old innovative spirit of ours that’s really coming through for us. Cool thing: where once we had people who were so clever they could make something out of nothing, now we have people who are making nothing out of something. They might start with, say, a little batch of loans; it’s just paper, but it represents real property. Then they take that and turn it into more paper, and electrons, and they add in some vapor and fairy shavings and give it a good spin, and now they have a truly large wad of paper and electrons. It’s pure alchemy: it’s magnificent. No one knows what the hell it is, but it’s shiny, and they sell it off to the greedy and gullible, who in turn sell it off to the gullible and trusting, who will now work till they die.

So, okay, it’s nothing so useful as a widget, or an analysis of flu statistics. In fact they have made nothing at all of value, except money, but holy moley, what a pile of it. And they have made it with a wink and a nod and the pensions and final fifteen years of thousands and thousands of lives. The beauty part is they don’t even have to fork over much in the way of taxes, because they’ve invested a little of their boodle in politicians and radio mouths to convince voters that it’s their taxes that have impoverished them.

I’m not against private enterprise, but I’ll take a ferret snot collector any day.