All Clear For Takeoff!

I’ve been baptized. I’ll stipulate that right off the bat. I don’t remember it, but it must have served as a sort of inoculation, and I plan to bring it up if there’s ever anyone at the velvet rope checking the list, just in case. Still, I’m aware that the ritual is not without controversy. There is a right way, and a wrong way. I don’t like being dunked or even dribbled on, so if I had to choose I’d hope to get away with a quick spray, like when you spritz your perfume into the air and walk into it for a more subtle effect.

Fortunately, thanks to the internet, we have at our disposal a wonderful website with all the correct answers. I recommend it. ClarifyingChristianity is a one-stop over-the-counter dogma depot, dedicated to teaching you how to get right with the Lord and go to heaven. It covers everything but the bus schedule. According to this site, only full immersion is going to punch your ticket. And you can take this information to the bank because (a) total immersion is what is described in the Bible, and (b) the Bible is irrefutably, demonstrably true. Put (a) and (b) together and you’re in for a dunking, sweetheart.

How do we know the Bible is accurate? They’re glad you asked. For one thing, the Bible has a 100% record of prophecies coming true, especially if you count the ones that haven’t come true yet but totally might, which is even more impressive. As they explain it, the Bible is really good at future predictions, which are the trickiest kind of prediction.

Also? There’s science all over it. In fact, nothing in science has ever contradicted the Bible. For instance, Genesis referred to the number of stars and the amount of sand in the seashore as being equivalently large–and even today Scientists admit they do not know how many stars there are! But it’s a lot!

And the Bible described the wind as going south and north and whirling around continuously–thousands of years before Science described the circulation in the atmosphere! And in Leviticus there is a description of blood as being valuable to life even though the circulatory system of the blood was not discovered until 1616! And in Genesis they describe everything that creeps upon the earth continuing according to its kind–well before the discovery of DNA! That’s right. Thousands of years ago, the Bible said wind whips around, blood is important, and cattle invariably produce calves, and there’s nothing in modern science to contradict any of it.

But nothing in the Bible is more exciting from a reality and accuracy standpoint than the mention of dinosaurs. Yes, three kinds of dinosaur were described in the Bible: the Tanniyn, the Behemoth, and the Leviathan. The Leviathan also breathed fire. And lest this strike anyone as unlikely, be it known that there exists, even today, a Central American beetle that blows fire out its own butt, so the technology is totally there, only with the dinosaur it was way bigger and out the front end. And many dinosaur skulls have been found that contain unexplained empty passages which could totally have been gas tanks. It only makes sense. With me so far?

So, Bible-accuracy-wise, let’s review: we have the gigantic scaly turned-around fire-farting superbeetle with the fuel tanks in its skull, and it coexisted with Man, because the Bible says it was created no more than one day before Man, and we’ve already determined the Bible is true. But where are the dinosaurs now? Well. They did make it onto the ark (which, by the way, was filled to only 1/3 capacity, because of the sheer number of cubits involved in its construction); the dinosaurs would have been a stretch, but it is assumed they were little baby ones, which ate less also. So where are they now? 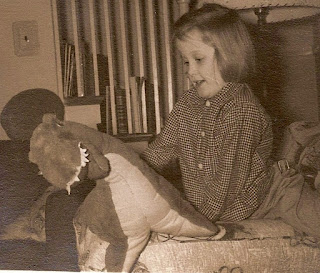 Ah. Climate change. The very same climate change that has been happening for the whole 6000 or so years of the planet. That’s what caused the Flood in the first place: the clouds were way bigger and denser in the olden times, and that canopy of big fat clouds caused a greenhouse effect that trapped more oxygen, and everyone was big and happy until God made the clouds fall down all at once for flooding purposes. And once the canopy of clouds had fallen down, the world instantly cooled down, evidence for which is easily obtained by looking at all the mammoths found frozen in place, “some of them with food still in their mouths.”

So there you have it–all buttoned up. We did fine with half the oxygen we were used to, but the Leviathan couldn’t manage it, and if you need further proof just look around and count the dinosaurs. Heh? See any? Thought so. Well I’m convinced.

I’m still going to try to make do with my original baptism though.

I didn’t make any of this up. For further edification, visit clarifyingchristianity.com and prepare to be amazed.