All Night, All Day, Watching Over Me 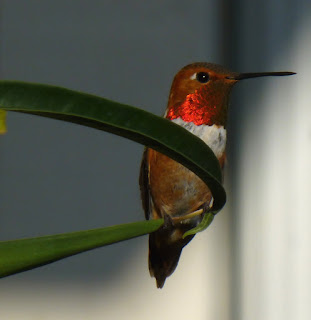 Here’s the thing about birds. They’re always doing something you should know about.  They’re beautiful, even the ugly ones. They’re all over the place. And if you pay attention to them, you will find yourself several notches happier, effortlessly. Besides, they’re paying attention to you.

And yet most people pay so little attention to birds that they can’t identify more than three or four. Here we are, under constant surveillance, and we’re walking around completely oblivious to it, like the birds are Homeland Security or Facebook or something.

So I’ve advised people over the years to get in the habit of noticing birds. The noticing of birds is its own reward. After a while you’re paying more attention to their troubles than your own, which is healthy, and cheering on their social conquests, and whacking neighbor cats on their behalf, and you’re getting to know where to look for individual ones and what kind of nest they might be cooking up, and you’re driving your car with your head out the window staring straight up, which can get loud and exciting too.

I might be amazed now at how unaware people are of what is all around them every day, but I used to be pretty unobservant myself. I remember thirty years ago Dave and I noticed that crows kept flying over the house heading southwest right around beer-thirty. That was the extent of our scrutiny. We didn’t know where they were going or if it was just a little group of them going to Book Group in the next block or what. Years later, when we were paying attention and doing a lot more walkabouts, we realized they were going downtown for the night, and they were gathering in big groups, and we did a little research and found out they like to roost together most of the year and only stay in their home trees during nesting season. And we began to admire them more and more. Their roosting place varied. Sometimes it was the south end of town, sometimes north, sometimes midtown. They’d fly around and make a bunch of noise, and we’d be home before they turned in proper. 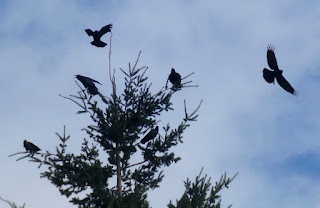 A lot of people only notice birds when they poop. A while ago a woman wrote a letter to the editor. She’d encountered massive amounts of bird poop on the street and sidewalks and was incensed that the city didn’t clean it up more often. Disease! Pestilence! Dry cleaning bills! She was het up. Sugar? You’re in a city that owns one snow plow and employs a single pothole dude with a bucket. We aren’t going to have a poop removal force. That’s what rain is for. 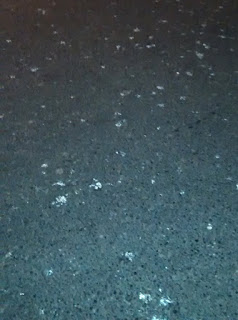 So now I’m constantly watching crows and reading up on them and using words like “tactile rictal bristles” without embarrassment and, in general, thinking I know some stuff. And then my own oblivitude rears its baffled head yet again. I’m downtown for my monthly date with my friend Pat Lichen. I’d walked around a bit in the dark, vaguely taking in an interesting polkadot pattern on the pavement, without giving it much thought. When I meet Pat, she asks if I’d seen the heroic amount of bird poop on the street. Shoot! Of course. Usually when you see a bunch of bird shit it’s all in a row under a light post or something, but this was all over evenly, like a Jackson Pollock painting, so it hadn’t registered for me. “Don’t look up!” I joked.

Learned that lesson more than once.

But we couldn’t help it. We looked up. And there, in the dark winter silhouettes of elm branches, for blocks and blocks, with the starry sky beyond, were large black shapes, sleeping crows, thousands of sleeping crows, motionless, presiding over us heedless goofs below with our blathering and our headlights and our traffic and our pointless noise. A soft stratum of feathered life, a blanket over us all. We both knew about the roosts. But we’d never looked up.