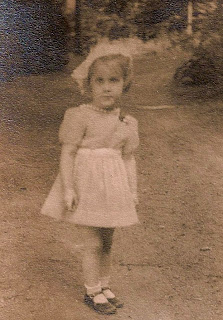 At Resurrection Lutheran, we had Sunday services at 8:30 and 11:00am, with Sunday School in between. Our family always went to the late service, even if it meant God’s word was in reruns. It was pleasant enough. There was lots of good music and you didn’t have to share the peace back then; you could wait until coffee time afterwards in the basement when it felt normal. Our church wasn’t big on Hell or anything. Pastor Lange hardly even mentioned the Devil; he wasn’t the type to talk about people behind their back. He just talked about God being love, and that we were all saints in His sight, which I sort of doubted. I also had a hard time with “he that believeth and is baptized shall be saved,” which struck me, even as a tiny kid, as being arbitrary and unfair. It made no sense at all. Particularly if God were love. But Jesus loved me, this I knew.

The neighbor girl Susie was a Baptist, and I got to go to her church once. They had some hell there, boy howdy. And damnation, and I don’t know what-all. It was nothing like Resurrection Lutheran, except for that one day we had a guest pastor. He got up there and started hammering on Jesus’ death on the cross. I mean specifically: he said that the only place in the hand that you could drive a nail through and hold anyone up was also the place with the very most nerve endings and that would cause the very most pain. He explained how Jesus would have had to push up from his feet to relieve his hands, and then he’d have to  go slack again to relieve his feet, and on and on. I don’t know where this guy came from, but he never came back. We were all horribly embarrassed. On the other hand, it’s the only sermon I still remember. It really stood out.

So we showed up at 11:00am every Sunday, except for Easter, when we attended the Sunrise Service at 6am. Mom woke me up at five. It felt ghastly wretched to be hauled out of bed that early. If you had told me then that I’d spend 31 years of my life getting up even earlier than that to move the nation’s mail, I would have fainted dead away. You sure wouldn’t have been able to scare me with Hell. 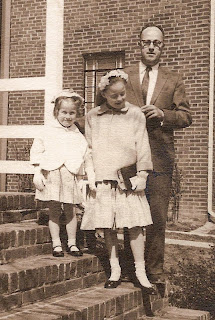 But the Sunrise Service was magnificent, once we got there. The church was filled with lilies. The pipe organ pumped out uplifting hymns in a major key. Mrs. Crider, who had the only trained voice in the choir, always got her solo. She knew that her Redeemer liveth, and by the time she wrapped it up, so did everyone else. The whole show was thrilling. You wouldn’t have thought there’d be enough room in a little kid’s heart to hold all that joy, but you’d be wrong.

Of course, before that, we had to have the Good Friday service. There was a retelling of the Passion, with sound effects. Probably it would have been more effective without the sound effects. Right at the point where Jesus says “it is finished,” there was supposed to be a big clap of thunder, but this was in the fifties, before technology had advanced to the point of rattling sheet metal. Mrs. McKittrick, in the choir loft, was supposed to pick up the kneeling rail and drop it on the floor. Mrs. McKittrick was a very top-heavy woman, and there wasn’t anything spindly about the rest of her, either. She had the massive bosom of a Wagnerian soprano, but not the voice. The choir was a volunteer organization and you had to take what you got. She would pitch and yaw all the way up the stairs to the choir loft and install herself with a whump and a rumble, her bosom heaving like Hell’s bellows until well past the Introit. We kids could hardly take our eyes off her.

So the thunderclap sounded exactly like someone had dropped a kneeling rail, which sort of took away from the somberness of the moment. If Mrs. McKittrick had lost her balance and followed the rail to the floor, it would have been much more convincing. I’d have turned Baptist in a heartbeat.

But one year, there was actual thunder. The sky darkened impressively, and then there was a big boom at four o’clock. Susie and I whispered about it later. It seemed pretty clear that God was getting His word in, especially after my neighbor provided some other details about four o’clock being the exact time Jesus died. We were filled with wonder. Not enough to wonder about what time it was in the greater Golgotha area, or wonder if it was thundering all over the world and not just at us, or whether we’d missed any messages in all the other thunder that occurred around four o’clock almost every day in northern Virginia. When God has something to say, you just say Yes Sir. We spent some time trying to think about eternity, and not getting a purchase on it. But the effort felt exciting, like being spun around until you’re dizzy. 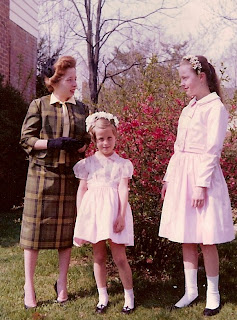 I’m sure if I tried to imagine Eternity now, I still wouldn’t be able to get a purchase on it, but I’m not sure I’m meant to. That was something ten-year-olds like to do, to try to feel the mystery of it all. Sometime after that age, I discovered that Bach and Handel and all the lilies of the field are available even outside of church, and service can begin any time. That’s redemption enough for me.