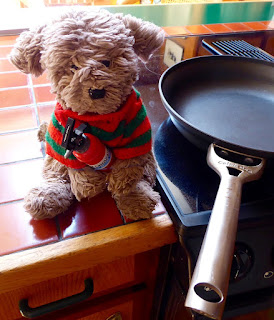 The other day–you probably heard–a group of people working together stuck an entire robot on Mars. They totally did. They shot it out into space and time both, and sliced it through the Martian atmosphere just so, and figured out how to reach the brake pedal from here, and the little sucker ploopeted down to the dust and took a selfie. No it didn’t. But it did take a picture of Mars.

And that’s simply an extraordinary accomplishment. It would be for anybody, but I happen to be the kind of person you don’t stand behind while playing horseshoes. I can’t chuck bad fruit at the compost pile without having to mount a rescue mission in the neighbor’s yard. I once missed my face with a toothbrush.

So that day, I celebrated the remarkable cleverness of humankind by putting my hand on the metal handle of a pan right out of the stove. I pulled the pan out of the oven with a proper mitt and left it on the stove top, and a short minute later I turned around and grobbed it by that handle, and searing commenced. Something made me let go of the handle right away, but not soon enough. That’s the thing about too-hot. You get the message, but it takes an awful long time to get to the brain or even a spinal way-station, even when you’re kind of short, and then it has to make it all the way back to your hand. Similarly, if you step into water that’s way too hot, you have time to pull your foot out and pen an apology to your toes before the pain actually hits.

I’m not going to put any of the blame on the sympathetic nervous system. Mine is a system that doesn’t give a shit about me one way or the other.

In order for the message of pain to get all the way from my burnt fingers to my spinal cord and back again, a series of electrical impulses needs to be sent along a neural pathway, in my case at a dead mosey. “Hey,” my fingers say to my neurons, “here’s a pigeon. Take this note to the people in charge and tell them we’ve got a situation here, and get back to me with instructions.” And off they go, and probably miss the turn at the shoulder, whilst wondering what rhymes with “ouch” and what that smell is. 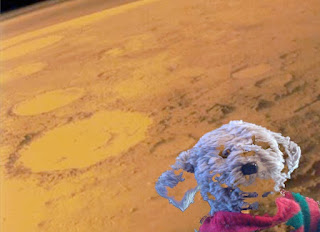 The thing keeping me out of worthwhile employment at NASA isn’t the initial burning of the hand. It would be the repeated burning of the hand. I’m certain I will do this again. That’s just how I broil. In my defense, I never owned a frying pan that went directly into the oven before now. So when I took it out and put it on the stovetop, in short order it looked like all the other frying pans I have known, none of which has been hostile.

Here’s what I know. If I walked out of my house and saw a sinkhole appearing before me, I would not step in it. What I would do is turn around to go get my camera, and maybe pick up some dropped laundry and check my email, and then I’d go out and step in the sinkhole, because my default front yard doesn’t have a sinkhole in it, and I got used to that.

The closest I can get to clever now is to deliberately introduce new habits for my increasingly perilous dotage: squaring up at the top of the stairs before going down, taking an extra second to plant my feet getting out of the shower, and now, leaving the oven mitt draped over the pan handle when I take it out of the oven. Orange safety cones won’t work on me. I trip over those.