And She Eats Children 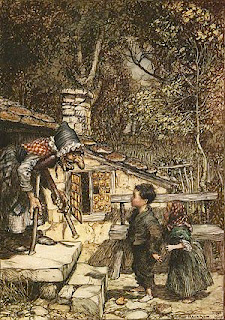 Not to toot my own horn or anything, Petunia, but I knew you were icky a long time ago. Way back when your husband was getting his knob polished in the Oval Office–why did he need to drop his worm in another pond, I asked myself? And then you just stood by him, with no self-respect at all, and showed your daughter, and, really, all our children, that there is no consequence for bad behavior; you stood by your man out of sheer unbridled ambition. Or possibly you loved him, I don’t know, but you could have left, although that would have broken up the family; the point is either way you didn’t care about your very own child; every single thing you could have done was wrong, and you know what? At the very least that shows poor judgment, to get into a predicament like that. Still, I didn’t write you off then.

But shoot, honey. What about all those people you killed? Honestly, I can live with that, and if they’re friends of yours they probably had it coming. It’s just that smirk that rankles, that sense of entitlement, that “I can murder my best friend but you can’t” sort of thing. That’s off-putting, sugar.

And you’ve been so slippery on gay rights. We’re supposed to believe your thoughts on the subject “evolved?” Get real. Everyone else in the country was completely on board with gay marriage twenty years ago. A person should be able to take everything she believes at age fifteen right to the grave without changing a thing, if she’s an honest person.

So about those emails. Sure, the deleted ones weren’t important. We believe you, honey. You were just setting up Bunko Night with Angela Merkel, and getting that cookie recipe from the CEO of Goldman-Sachs. But don’t tell us you can’t prove it. We all know where they are. They’re right there in the itty bitty trash can at the corner of your screen. I’m giving you a pass on this one because you’re, you know, old.

But how are we supposed to feel about the super secret three-way Asian trade deal you negotiated? Yeah, we read all about that on Facebook, and on a lefty’s page, too. Finland gets to ship polar bear scrotums to China, China sends supple Asian boys to the Kremlin for the Putin Games, and Finland gets a new, metered oil pipeline from the Arctic Sea across Russia and Mongolia and emptying directly into the Sea of Japan–all in exchange for you being guaranteed three speeches a year to the Heikkinen-Smirnov-Wong Benevolent Association at five mil a whack. Thought we wouldn’t find out about that, huh?

So you tried to divert our attention. You promised to build a wall between the financial sector and the banking sector and make the Koch brothers pay for it, but, you know? We got the Kochs on the phone and they said they didn’t think they would, so what’s the plan? Face it, Puddin’. You’re blowing smoke.

Fighting for our children, my fanny. We keep hearing how much you love children, but what people need to realize is you love them breaded and fried, and when you talk about saving children, you’re talking about in Tupperware. And between us gals, I’ve been fine with that all along; there’s a case to be made that we have too many people in the world, and the most pragmatic and efficient way of approaching the problem is to eat them when they’re still small and tender, but darling? Your cleaning lady told Breitbart News last week that you leave the refrigerator door open for minutes at a time while you’re checking out the leftovers, and I’m sorry, call me an energy nazi, but that is totally it. That’s where I draw the line.