And You Can Walk On Balls

A lot of people get confused about major league baseball because it isn’t the way they remember it. They think their city has a team, only to find that come spring the league has metastasized and their team is no longer there at all, but has become the Las Vegas Sequins or the Mississippi Girth, and they just can’t bring themselves to care anymore. Or, like me, they are Red Sox fans and their team starts winning and they feel disoriented and off-balance.

So let’s do a little history. Baseball is a very old game. It has been around since before time was invented and is distinguished to this day by the lack of a clock. Olden baseball players used to keep playing until the ball hit a badger or a wolverine and then everyone got to run at once. A somewhat later version called “stool-ball,” though open-ended, tended to be quicker. There was only one pitcher, no one volunteered to catch, and the game was over as soon as the stool-ball was hit, until a new ball could be produced the next morning. By the mid-1500s, the game resembled modern baseball in many respects. The ball was set up on a tee and everyone got a chance to whack it off, but the bat was much more splintery and everyone complained about players scratching their balls.

It wasn’t until 1845 that things settled down with the Knickerbocker Rules which prohibited, among other things, gunning the ball at a runner’s head (where the term “out” originated). Around this time the first uniforms were invented by the New York Knickerbockers, which led to a lot of team spirit if nothing else. Finally another team, the Manhattan Nine, invented different uniforms and it was game on, or would have been, if either team had wanted to ferry across the Hudson, which they didn’t. So both teams stayed put and played with themselves.

By 1876 the National League came into being and waited around for the American League to show up in 1901 so they could finally play in the World Series. Everything ran smoothly from then on, with the team with the best record in the National League facing off against the Yankees. 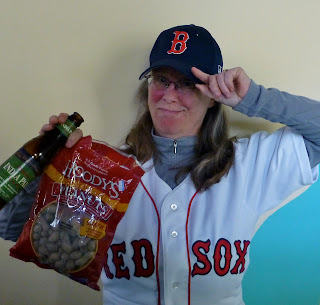 There weren’t any teams in the West at all until the Interstate Highway System led to the discovery of California in 1958 and two of the New York teams moved there. This began a new era of expansion until by 1962 each league had ten teams. By 1969 the leagues had been dingle-balled up by two more teams each and something had to be done. Each league developed East and West divisions and the playoff series was instituted. For the sake of nostalgia, the Cubs are still eliminated.

But more teams kept coming. Two more in 1977, two more after that in 1993, and a new structure had to be put in place with three divisions in each league. By 1995 the leagues had swelled to an unmanageable 28 teams and the divisions were further partitioned into committees and discussion groups. Also, the Wild Card was introduced to allow losing teams to scrap for a playoff spot, and in response to accusations that this ruined baseball, more wild cards were added. The joker soon followed.

Finally we had the system baseball teams enjoy today, where the season begins in April and the playoffs in late May. By early October, the winners of the previous year’s playoffs have been determined, and later in the month, the current year’s playoff series is suspended for a week so that they can play in the World Series. Playoffs resume in November. The Red Sox will not be in it.