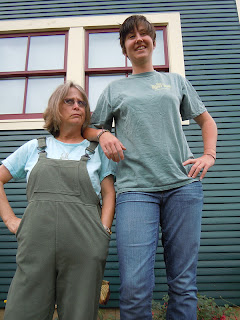 Our recent house guest Munny is a bright young woman who was looking for a living situation with other people. She claims to need a social atmosphere. I’m just the opposite. I want to live alone with at most one other person who also wants to live alone. I used to think this was because I was so good at amusing myself, and maybe that’s what it was at first. Now I’ve got different reasons. And it all comes down to estrogen.

Estrogen does a remarkable variety of things, some  of it related to the continuation of the species, and some of it out of pure obstrepery. It sets about to provision you, as a girl, with everything it thinks you need to become an adult woman, according to the evolution handbook, whether or not this is the manual you want to use. It is responsible for an increase in body fat, hair, uterine growth, and laundry. And it throws in some features you might not have anticipated. 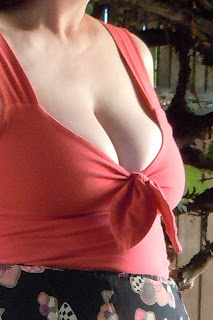 What sticks out in most people’s minds are the breasts. Everyone is always real impressed with the breasts,  including their owners, who don’t realize that they will eventually turn into one more thing you have to hoist up and clean under. “Thanks for the rack,” I told Estrogen, initially, and quickly learned to use it to attract people with nearly no effort at all. Once a suitable person was attracted–let’s call him the “target”–estrogen then threw in extra effects such as unpredictable weeping fits and bolts of rage, ensuring the target will be so off-balance he won’t know whether to bark or roll over, and will do anything for you to get you back on an even keel. Estrogen arranged for all that, too. But after a certain point in your life, estrogen finally goes away. It does this when it senses a woman is old enough to be able to attract all the help she needs with money.

There is a form of it that hangs around a little, called “estrone,” but it doesn’t get into as much mischief. Estrone is pretty specialized. All it really does is change the woman’s brain chemistry so that she doesn’t get all bent out of shape if she pees a little when she sneezes.

In fact the female brain goes through many changes after menopause, affecting the very thought process. The younger, estrogen-saturated female brain excels at taking different facts, experiences, and memories and building the connections among them such that coherent thought is possible. The post-menopausal brain, on the other hand, excels at what the researchers delicately refer to (because they are not sure whether to bark or roll over) as “global” thinking. The operative root here is “glob.” The brain now has transitioned from a nimble, sparking deduction machine to an amorphous vessel of goo that is liable to resolve any problem with “or, I could make a sandwich.”

In the well-adapted post-estrogen brain, the pathways to humiliation are subtly erased, allowing the aging woman to relinquish fashion, start three different sentences without finishing any of them, and smell a little like pee without suffering from mortification.

And if she lives alone, there are fewer witnesses.