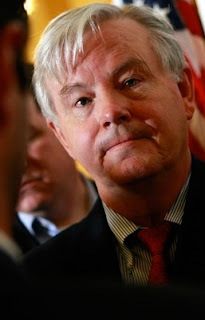 Representative Joe Barton (R-Texas), most recently in the news for apologizing to BP, is mounting a stiff defense of the traditional incandescent light bulb, which is under attack by government regulators who want to replace it with what he derisively calls “the little squiggly ones.” This description is an ad hominem attack against compact fluorescent bulbs. Ad hominem attacks are those in which some aspect of a person (or, in this case, light bulb) is impugned that is irrelevant to the argument in question, such as, for instance, if I said Mr. Barton’s ideas were stupid because he is a big pink squinting blob of useless protoplasm. The fact that he is a big pink squinting blob of useless protoplasm has nothing to do with why his ideas are stupid.

Rep. Barton says he found regular light bulbs at Walmart for under two bucks a four-pack, whereas it set him back nearly ten bucks for a single CFL bulb. “If you’re mainstream America,” he said, “that’s not a very good deal.” He said this because, as a Republican of means, he does all his shopping at Walmart, and also he wants to fight for the little guys, inasmuch as all their jobs got sent to China. By Walmart. Rep. Barton would like market forces to determine the choices of mainstream America. 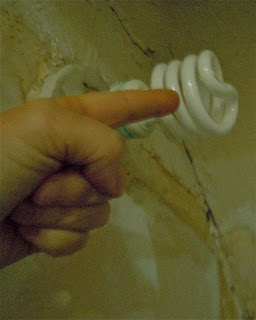 I would too. I’d like them to be the kind of market forces in which you had to pay what things really cost. If we cut down the forest primeval for toilet paper, the cost of restoring the atmosphere and the water quality to its previous condition should be factored in each roll. Our food should include the cost of restoring the dead zones in the ocean caused by fertilizer run-off. Coal should include the price of putting the mountaintop back. Unfortunately, the capitalism Rep. Barton is so fond of is what used to be known as “pillaging.” We go in and haul out all the fish ’til there ain’t no more, and then we move on and tell the fishermen to go shop at Walmart. We haul out the coal, and the copper, and the trees, ’til there ain’t no more, and then we move on and fight for the rights of whichever miners and loggers are surviving to buy cheap light bulbs at Walmart. A very few people make a bunch of money under this system, and those are the people whose rights Mr. Barton is most interested in. Don’t look for them in Walmart. 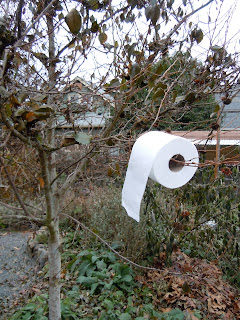 If the cost of an incandescent light bulb, which is an inefficient user of energy, also included the cost of bringing out planet back from our wasteful and destructive ways, you can bet the squiggly bulbs would hold their own in the market just fine, and maybe a lot of unoccupied American rooms would not be lit up all the time. That’s a fact.

Rep. Barton and his pal Rep. Boehner (R-Ohio), global-warming deniers both, do not care much about facts, or the whiny concerns of the mother planet, which, after all, has been here their entire lives. They’re figuring that once the scientists they keep insulting get over their snit, they can find us a new planet to trash. Climate science is threatening their wrinkly bottom lines, so they’re combating the science with lies. I have given up believing that the truth will sway any of these pirates, but it only recently occurred to me that you can’t fight lies with the truth. You need more lies.

So please help me get the news out, people. Word on the street is that a paste made out of the ground-up testicles of Representatives Barton and Boehner will increase sexual potency. It’s not true, of course. There’s no use for them at all.