Bringing In The Big Guns

The chairman of the search committee pulled on the intern’s elbow. “Is that all you got for us?”

“Not at all, sir. But there’s nobody tougher, or brighter,” the intern whispered. “Frankly, we think he’s the strongest candidate.”

“I’m very comfortable with him, personally. He’s got gravitas. He’s our kind of guy,” the chairman said. “I just don’t know how he’s going to play.”

The committee in charge of coming up with viable alternatives to Donald Trump had been working hard to find candidates with similar qualities that resonated with the base, but who might be expected to better toe the party line. On paper, Foghorn Leghorn appeared to foot the bill.

Mr. Leghorn was, to the chairman’s horror, pointing at Ben Carson.

“No, it can work,” the intern insisted. “This gives Mr. Carson someone to push against. He didn’t do that well on the vaccine question; he came across sort of wobbly.” 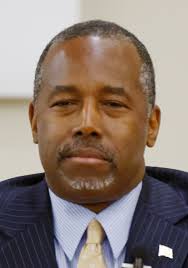 Mr. Carson shrugged and looked off to the side. “I’m sure he meant it as a joke,” he said, his voice trailing off.

“No wonder he doesn’t believe in evolution,” the intern said, under his breath.

The chairman frowned. Things had not been going well. In spite of the splendid work of the Fiction Faction, there had been one setback after another. They no sooner had painted a picture of Benghazi on a cliff than the Democrats charged right through it, and the Republicans pancaked themselves on it. What they needed to do now was concentrate on personality rather than issues. He studied the new prospect. “I don’t know. I can see the attack ads now: Foghorn Leghorn is just a big chicken. Got anyone else? Someone a little tougher? And don’t even think of bringing Scott Walker back. Even I don’t think facing down the citizens of Wisconsin is like taking it to ISIS.”

The next candidate strutted in carrying a shotgun.

“That’s more like it,” the chairman said. “Sir, what do you say: you ready to fight some Democrats?”

The intern tore up an index card. “Next.”

“Now we’re talking. Good sir, tell me. What is your plan to stop Obamacare?”

“Right?” the intern whispered. “I mean, that is so totally our plan.”


“I don’t know. I’m not sure a cowboy is the way to go if we’re going to woo back the Latino vote.”

“Are we still trying to do that? Because…”

“I’m just saying. Where’s Quick Draw McGraw? Doesn’t he have a burro friend or something?”

“Baba Looey. But he has an accent. That’s probably taking it too far. And besides, what I think we really need to do is appeal to more women. And with that in mind, sir, I’d like to present one more candidate. He’s pro-gun, he’s courteous, and he’s devoted his life to saving women. Gentlemen of the committee, I give you…” The intern swept out his arm and a man in a snappy uniform came in on a horse. Backwards, but on a horse.

“Pssh. He’s whatever we need him to be. Delores, sweetheart? Bring in the Fiction Faction boys. We’re going to need a new back-story.”