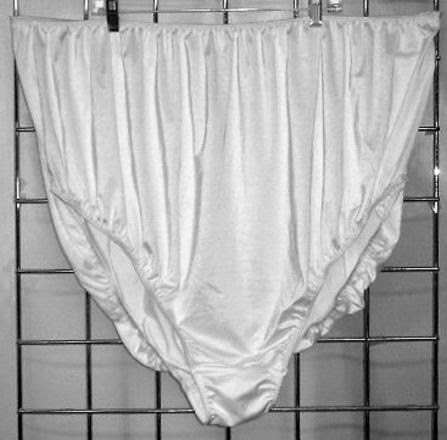 So I lost weight, and have to buy new underpants. The size should be whatever my current size is, minus one. The style is a whole different issue. As with most things these days, there is a paralyzing oversufficiency of choices: thong bikini string bikini boy short hipster hi-cut brief and, Lord Love A Newt In Springtime, the C-string. My current style has been derided as Granny Panties. There’s nothing wrong with them that higher-waist pants wouldn’t fix, but choices in pants have shrunk. And they’re not granny panties. They are French Cut. Yes, they stick up two inches above my pants, which is supposed to be a good look, if you’re not my sex or age, and have way different taste in music. There are too many rules. Who can keep track?

Anyone who thinks my French Cut underpants are voluminous should have seen my mother’s underpants, which, when they were hanging on the line, were visible from blocks away. We played in their shade. Mom’s underpants were satiny and capacious and had no elastic at the bottom, but featured a tiny leg with a one-inch inseam. In this respect they resembled what is now called the Boy Short. Basically, they were boy shorts that had ballooned into maturity and were beginning to geeze. Current styles include some that promise “full coverage,” but they don’t know the meaning of the term. Mom’s underpants covered the nether portions completely and went quite a ways north of nether, also. This was a garment of sufficient capacity to cause men to lose curiosity about what lay beneath. My mother was a lady.

I was a miracle baby. 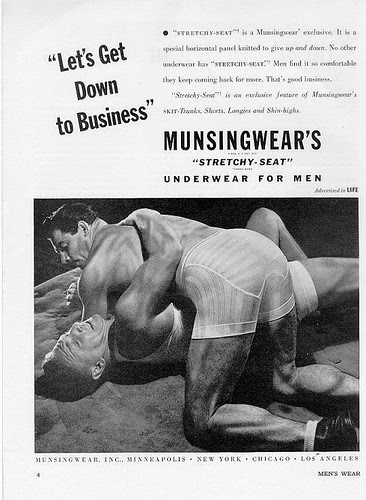 You know, people didn’t used to wear underpants. That’s a new thing. Modern underpants began to appear in the 1930s. Men’s briefs were introduced with the tag-line “restful buoyancy.” Such is the power of advertising that men contrasted their previous carefree years of Swingy Floppitance with the promised Restful Buoyancy, and lined up to buy underpants.

Women also managed to make it through a million years of evolution without underpants until the 1930s, when commercial forces collectively said, Depression? I’ll give you something to be depressed about. To be fair, there is a certain point to underpants for women who insist on wearing pants. The underpants are a zone of protection against fabric incursions that delicate tissues cannot tolerate and laundry detergent cannot expunge. The solution is to go back to dresses. Women seeking warmth wore crotchless underwear at one point, with two unjoined pants legs held up by garters, and what we now consider the important part left out altogether. It was quite enough trouble to haul up all the skirts and petticoats every time you needed to tinkle without having to negotiate panty removal also.

Knickers were widely worn by women, and worn widely by some women. But even on them, they 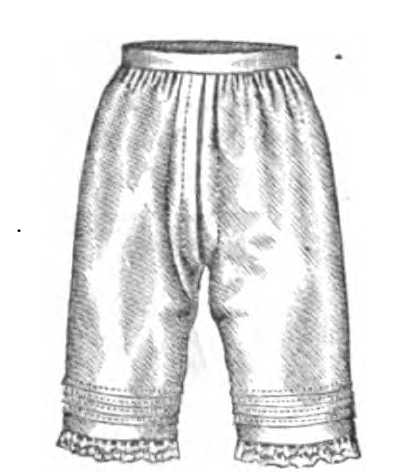 were loose. We could learn from them. The day we women began wearing underpants, we had created a slippery slope. Sooner or later, we will hit the bottom.