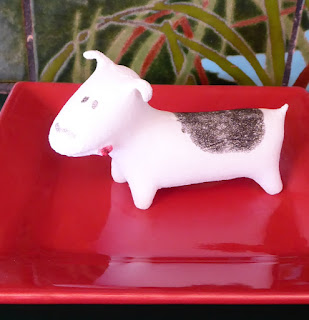 Meet our little friend. We don’t know what he’s made of, but if you put him in water, he gets ten times bigger in a couple weeks. Take him out again and he shrinks down to his original size. Apparently you can do this over and over. We call him Stockmarket.

383 years ago the market for fancy tulips crashed and devastated fortunes in the Dutch Republic. It seems odd to us now that people were speculating on tulip bulbs like that. It’s not like they’re beanie babies. They jammed the parking meters and rolled off the bar counters. But speculate they did, until some unworthy peon planted one of the suckers and became unacceptably wealthy a year later.

Nothing has any value except what we agree to. Paper money is worthless unless someone is willing to trade you something for it. Right now you can buy a company using nothing but ones and zeroes. You don’t even have to have your own ones and zeroes if someone else is willing to loan you some in case you make more with them later. And with all that non-money, you can buy back shares of the company and give it to yourself instead of investing in the company, and after a while there’s no company, no product, and no employees, but you have fancy tulips right out the ass.

And you can take them and give them to the fairies that are holding up the stock market and pull the lever on the slot machine and hit the big time, and eventually you can see that the whole ill-gained lot of it goes to your shitty kid; and somebody out there will tell us the shitty kid earned it and should be left alone in case he sprinkles jobs over the economy somehow.

But then of course because the entire structure was glued together with unicorn snot, it all comes crashing down one day when someone sneezes importantly and everyone tries to get out at once. And that really screws the people who had a bit invested in the hopes they could retire some day, having been encouraged to contribute to the casino by the people who took their pensions. But it would appear to be not so vital to the 50% of the population that isn’t in the market at all.

Except it is. Because now people aren’t going on vacation so much and don’t need their hotel rooms cleaned, and are holding off on regular haircuts, and cutting down on donuts and lattes, and what with one thing and another people are going to have to be let go.

Which proves who the real job creators are: regular people with adequate wages and enough cushion to be comfortable who like donuts and need their hair cut. 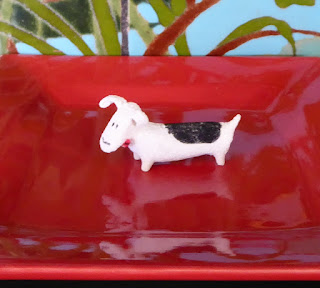 The thing about the stock market is it rarely measures anything meaningful. How can you point to an overheated market and say it means the economy is doing great when so many people are living in tents by the freeway? And when other people are so wealthy they could lose 95% of their treasure and live exactly the same?

We have a market in free-fall because of a virus that might take a divot out of the population, but it soars with the success of the energy sectors that fuel the global warming that will take us all out. But we’re not worried about that. Climate change is a legacy catastrophe. We’re over it.

I’m not sure this particular version of the market is worth preserving.