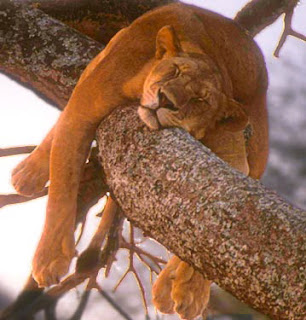 It has been a weird spring. March came in like a lion, on schedule, and by March 3rd, it had draped itself languidly across a tree limb without enough gumption to take down a three-legged hyena. Across two-thirds of the country, people were startled by the tinkling sound of falling records. An unprecedented heat wave presided over the Midwest. Snowplows in Minnesota were hard pressed to keep up with the drifts of cherry blossoms. Over seven thousand high-temperature records were smithereened by an average of fifteen degrees, and as much as 35. Meanwhile, here in western Oregon, all the remaining water in the world fell during March, except for the portion that’s still up there because it couldn’t make it through all the clouds.

Reaction to the arrival of summer in March was generally positive, but unsettled, with some suspecting it should be intercepted and gently guided back to June before it gets too far away. Meteorologist Martin Hoerling of the NOAA investigated the phenomenon and reassured the public that it was a result of freak chance and not indicative of global warming. In fact, he explained carefully, the heat wave was caused by warm air. Warm air is quite often responsible for higher temperatures (says he), and the only thing unusual about this event was its size and duration, which he was at a loss to explain, except to call it a once-in-a-century event. And if it happens again next year, we should be sitting pretty until 2212. 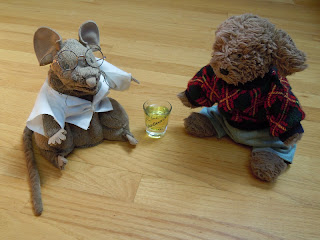 This analysis was well received in the Rogue Science Incubator, located at the edge of the parking lot of (but not affiliated with) the Petroleum Institute. The RSI is proud of its role in gainfully employing dozens of people with science degrees and massive personal debt. Chief Obfuscologist Willy Crack was kind enough to take our questions. RSI headquarters was small but lavishly appointed; trays of complimentary donuts alternated with pots of money, a bartender was busy at the back wall, and in the corner, the small rescue penguin, Anomaly, fanned herself  with the refrigerator door. 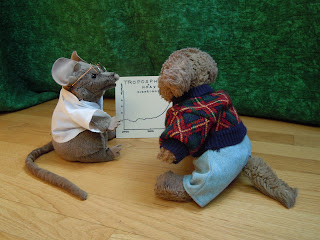 Dr. Crack endorsed the NOAA explanation.  “The only point on which we differ,” he said, “is in the characterization of events as a ‘freak occurrence.’ A freak occurrence, by definition, is something out of the ordinary. When they happen all the time, the number of freak occurrences naturally goes way down. It’s a feedback loop.”

What about that freakishly early deadly tornado season?


“Pish. I should not have to remind you that a thundering majority of Midwesterners were not hurled into the air. As I have demonstrated, there are natural feedback loops operating that will invariably keep things as they have always been, which is what we want. For instance, in the example last month, the effects of the warm air were countered when 200,000,000 white people suddenly stripped to their skivvies and lounged on aluminum chairs, reflecting sunlight back into space.”

Dr. Crack hobbled over to a display board. “Come this way. We have some charts that might help clear things up for you.”


“I know that,” he said peevishly. “But nobody listens to them. No: this is a chart of the number of times articles with the phrase ‘troposphere disproves global warming’ have appeared on the internet. As you can see, it’s trending sharply up. And over here,” he said, turning to a new chart and now limping badly, “we have even more conclusive proof that man-caused climate change is a hoax.” A large dark figure in a trench coat with a barely concealed baseball bat appeared in a doorway.

That’s just an estimate of the amount of coal and petroleum still in the ground. Say, are you in pain?


“It’s nothing. I am in pain, yes, but as you can clearly see, it’s caused by this tibia bone protruding through my leg. Completely natural,” he said.