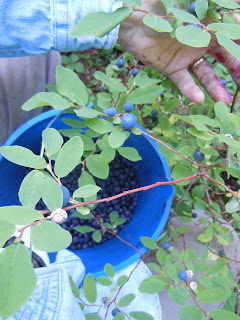 I just had yet another birthday, which is as good a time as any to think about death. This year’s observation: we’re told that people on the cusp of death see their lives flash before them in a chronological series of memories, like a slide show. I have discovered that the exact same thing happens in the process of baking a pie, except in reverse order, and with only the wretched memories, and nobody needs to die unless they’re in the same room with the baker.

It’s pie season around here, when I make all the pies for the whole year in order to confine the aggravation to one short period, and then I slam them all in the freezer to think about what they’ve done. I’m the baker in this household, not from any particular talent for it, but by default, since Dave refuses to follow a recipe per se and prefers to let inspiration be his guide. He fired himself from the baking chores after once trying to assemble cookies out of butter, flour and sugar (but no baking powder). That is still known as the Sugar Puck Incident, and if we had not found a nice pothead willing to take them home and suck on them, they might be in the landfill, unchanged, to this day. Anyway, I am willing to follow a recipe, but what works fine one time doesn’t work the next, and lacking any understanding of how things work, I’m helpless to diagnose the problem, and have to resort to Renaming. This results in a lot of Crumbles, and Fallen Angel Food, and Lava Frosting, and Egg Custard Pebbles, and Oopsie Flambe, and Holy Shitcakes, and I Can’t Believe It’s Not Rising. Mine is a natural, unstudied, serendipitous method that others prefer to call incompetence. 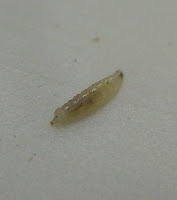 Pie season 2011 got off to a rocky start. The blackberries were large and luscious and would probably have baked up nicely if I had been able to correctly adjust the amount of thickener to account for the extra cup of fruit-fly maggots that had distributed themselves throughout the haul. These pies are hard to put a shine on, but I’m going to give them a good five months in the slammer, dub them Amnesia Pie and see how that goes over.

It was the famous Huckleberry Hazelnut pie that produced the near-death experience. Mary Ann came up with the recipe and she doesn’t have any trouble making it come out right, but she knows what she’s doing, and where’s the challenge in that? Pie crust is supposed to have just enough liquid added to get the butter and flour on speaking terms. By the time I added all my ingredients, my food processor was full of soup. I poured it into a dish and refrigerated it, and miraculously, it firmed up. I centered it in a halo of flour, a plump, perfect patty, my little Pangaea, and then it went tectonic. In a short dozen rolls of the pin, the crust had separated into seven continents adrift on the cutting board. I assessed the situation over several large, frosty mugs of serenity. I thought I could get it all to come together with more flour, a colder rolling pin and about 250 million years. Dave backed slowly out of the room. 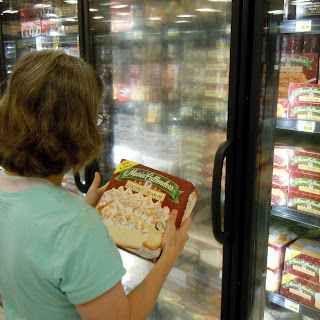 The immediate danger to bystanders is past and the renaming process has begun. You’re all welcome to come over for some of my dammit dammit dammit dammit famous you dirty low-down bastard son-of-a-Republican hazelnut don’t you come stumbling in here at four in the morning, you can just sleep right there on the floor where you passed out crust none of my friends have to be home by ten o’clock huckleberry I thought you were my best friend cinnamon doo-doo-head and butter mommy mommy mommy mommy Marie Callender’s Thaw & Serve Coconut Cream Pie.