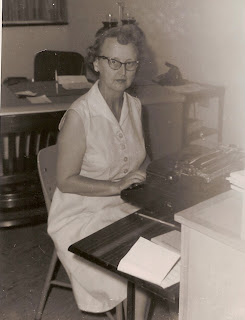 Recently, in a post, I mused about the old manual typewriters I grew up with, and, as I’m sure it did for many of you, it put me in mind of my sex education. Not the segment of it I got from the gutter as God, and certainly, Mom intended, which was fascinating, far-fetched and turned out to be true, but the part I got from Mom. I was nine years old and she was typing out my application for summer camp. She could navigate those forms like nobody’s business, barely pausing to readjust the paper so that the typing fit precisely in the little boxes. Her fingers were a blur, and then suddenly she stopped dead, turned to me and said, Mary, do you know what menstruation is?

Well, no. But I could tell by her expression that I probably should, and that I wasn’t going to like it.

She then gave me an entirely inadequate explanation that was no explanation at all–just a description, really, and no making sense of the thing. It sounded like a perfectly horrible prospect with no real purpose (and that is, indeed, what it turned out to be), and when she finished with do you understand? I lied and said “yes,” hoping it would end the lesson, and it did. She whipped back around to the typewriter, typed three letters in the box, and then rolled down to the next box.

There you have it: Part One of my sex education. Let’s review. I cannot remember exactly how she transmitted the key information about the bleeding into the underwear region. It had to have been some delicate phrasing; we went years (nine years, at that point) without referring to anything between anyone’s legs. Or anything that ever happened or might sometime happen in that neighborhood. Even the phrases “number one” and “number two” were strictly street terminology. We used “piddle,” when necessary, and that’s as far as it went.

So however she put it, my memory went into the self-cleaning cycle right away, and the words are lost to history. I got the gist. Some day soon some dreadful new hygiene issue would develop in my underwear, and it was completely natural and expected, and when  it happened I should come to her for Part Two, additional information and supplies. Why this revolting development should occur, as well as where babies came from and even came out of, were details I was expected to scrounge elsewhere.

So the day it happened, I went and told Mom, and she smiled and promised to “fix me up” and went to her closet, where she had a sanitary napkin all rigged up on a brand new belt for me, and–aiming for levity–she told me to come to her with any questions because she was an expert. It was excruciating. I took the item into the bathroom with me and never asked her another thing. This was just one more horrible aspect of getting older, among many that were surfacing at the time. 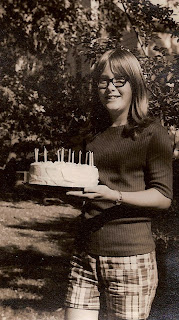 The next day at school I did have a momentary lift and the sense of having joined the maturity club when I asked to be marked down for a “sponge bath” in gym, but that was it for high points. Everything else about the situation sucked. The napkin felt like a mattress before it got compressed into an inadequate narrow log, and the act of walking tended to make it migrate to the rear where it wasn’t really needed, and away from where it was. I developed the tactic of nonchalantly backing into the corner of a desk, as if resting, to reposition the thing, a solution that needed repeating every thirty steps or so. Various innovations improved the situation over the years, but there was really no shining it up.

I was no prude. There’s photos to prove it. I tried, but you can’t polish a turd into a pearl. My friend Linda, who is a mother and in whose life there was at least some point to this disgusting event, once hiked with me on beautiful Mt. Hood. Not that it wasn’t a splendid day with much to be excited about, but I was startled to see her chatting away on the trail with her hand down her pants. “What are you doing?” I asked. 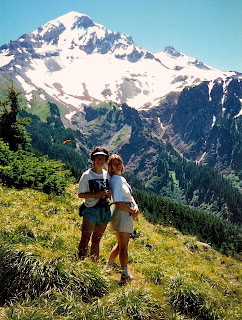 “I’m checking to see if I started my period,” she said.

Linda pulled it out and examined it. “What,” she said, “you haven’t gone digital yet?”

The entire revolting process lurched and skidded to a halt a few years ago for me. It was forty years of pointlessness and laundry. Nothing changed my initial impression of it when I was nine. I guess Mom did a good job communicating after all.