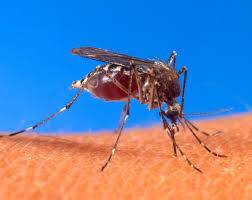 Dengue Fever has popped up down in Key West. Dengue Fever is brought to us by mosquitoes. Unless you’re a frog, mosquitoes never bring you anything you want. It’s been one thing after another with them ever since our ancestors shambled out of Africa, slapping themselves siilly. People who get Dengue Fever might present with no symptoms at all, or they might die. Which makes Dengue Fever a lot like life.

Nobody knows how to kill the Dengue virus, so they’re going after the suitcases they come in on. They’re going to try to alter the mosquitoes. Only the females bite people, because they need a blood meal to reproduce, whereas the males are fine with beer and bean dip. So they plan to get a bunch of the male mosquitoes, and introduce a gene that will cause them to drop dead.

So far, swatting sounds easier. Even the prospect of combing through the mosquito population for the ones with tiny mosquito penises sounds hard, and that’s even before the gene manipulation. But it’s more complicated than that. They want the mosquitoes to drop dead after they mate with the wild female population (Key West being famous for wild females), and thus after they have passed their gene of doom into a new generation. After a few more rounds, no more mosquitoes.

The way they plan to keep the male mosquitoes alive long enough to pass on the self-destruct gene is to give them tetracycline. They’re counting on the mosquitoes to be even worse at going the full course on the tetracycline than people are. The only drawback so far seems to be that the manipulated mosquitoes don’t mate as readily as the wild population, which makes sense. Existential dread can suppress the libido. 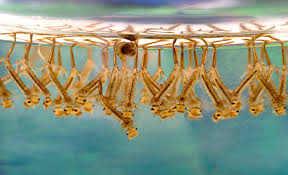 Mosquitoes mostly don’t live very long anyway, although some  have adapted to being frozen for long periods and then thawing out good as new. So there might be some promise in introducing a gene for freezer-burn. Other researchers were looking into the possibility of introducing a gene that prolongs the adolescence of the mosquito, causing its own parents to murder the insolent little bastards. In this way the bad karma is off-loaded to the bugs themselves. But this approach was abandoned when it was found that the aggravation of having teenage mosquitoes around caused the female mosquitoes to drink even more, resulting in a spike in Dengue transmission.

There are people worried about this whole venture. Genetic manipulation, it is feared, will have unforeseen consequences down the road, such as a collapse of all mosquito populations. And that might lead to a collapse of everything else on up the food chain, including us, and the likelihood that the final generation of humans will not be itchy is considered an insufficient benefit. Opponents point out that the Aedes aegypti mosquito, which carries Dengue virus, is uniquely adapted to breed in still water in vessels as small as a tire or a bottlecap. So, in theory, a campaign to eradicate breeding opportunities by cleaning up litter would be a feasible low-tech alternative to gene futzing. However, Key West is still in America, which means any official attempt to curtail littering will be widely interpreted as a threat to 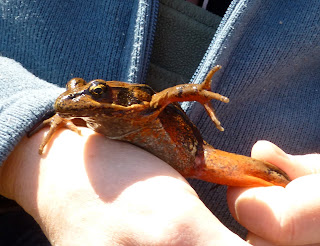 So we’re back to square one. The truly American thing to do would be to somehow supply arms to the mosquitoes, all factions, and let them kill each other. That’s always worked out well for us.  Or maybe we should just accept the idea that the Dengue virus and its mosquito hosts are going to peel off a certain portion of our population. Except that we don’t like bugs to do that. We’d rather do it ourselves.