If anything will bring down this great country, it will be our inability to see past the next election cycle. We are doomed if we settle for short-term solutions to long-term problems. Thank God Texas is still producing Gomers who can see the big picture. No wait. Gohmert. Louie Gohmert. He is so far ahead of the curve he might actually be around the bend.

Here is a man who gets right to the heart of an issue. When he observed that some of his constituents were hopping mad about his opposition to health care reform, he concluded that congressmen should not be expected to take heat without being allowed to pack it, too, right there in the Capitol building. He’s not only not going to listen to you, he’s willing to put a cap in your ass, and trust me, he’s already run it by Jesus. Jesus is cool with that.

His whole website reeks of common sense. To wit: “So if you are oriented sexually toward children or toward animals or corpses, or shoes, or whatever, that’s okay.” Don’t be fooled. He means it’s NOT okay, and I agree. That’s why I always wear socks.

Or, in his most ringing statement: “It is high time the people of our country started deserving better.” Amen, brother, we’re already a quarter past rightful and they probably won’t even seat us at entitled until intermission. More inspiring words have seldom been inflicted. It’s a true call to reaction. 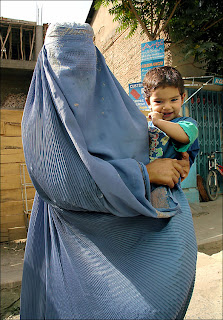 And best of all, thanks to Rep. Gohmert, we have been alerted to the threat of terror babies. Terror babies are those babies dropped in the U.S.A. via the international terrorist maternal missile system, consisting of visiting women with full-term pregnancies concealed beneath their burkas, who snatch up U.S. citizenship for their infants and whisk them back to their home countries to be schooled in mayhem with exploding training pants. There they remain until they come of age and are ready to be sent back to America as citizens and wreak havoc. Terror babies can be spotted by their garlic burps, suspicious diaper bulges and beards. Now that we’re on to them, we can take them out, thanks to Louie. He’ll see those infants past the threat of abortion, but once they’ve hit air, they’re fair game.

Asked by an interviewer what evidence he had of this dastardly plot, Mr. Gohmert sighed, letting his bandolier out a notch. “Two things. One, you’re a Nazi. Two, terror baby purveyors are very sneaky,” he confided. “And this is a very sneaky plan. That’s your proof right there.”

And, America, he’s right. It’s almost unbelievably sneaky, but there already is a precedent for the degree of foresight required to launch the terror baby plan. One need look no further than the brilliant ploy by Kenyan agents who,  in 1959, managed to plant an African newborn in Hawaii, where people are distracted by falling pineapples and rogue chickens, and raise it up to be the President fifty years later. Most people in those days would not have placed much money on a black child accomplishing such a thing, but Eisenhower-era Kenyans took the long view, which is precisely what is lacking in modern America. We can’t even get a bullet train built. 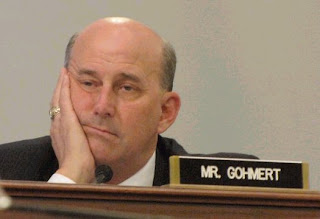 Do we, even now, have what it takes to put a terror baby plan together? I submit that we do not. Our children can’t hide explosives with their pants on the ground, nor can we get them to leave home.

This is big-time, long-range thinking, Mr. Gohmert. This is moon-shot material. Some day, because of people with your kind of vision, we may be able to harness the power of Uranus.