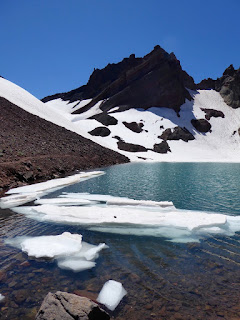 In Oregon, the earth pooted out volcanoes every other Sunday for a long time. Mountains of all shapes jut into the sky. We were hiking amongst them, and one of them looked newer than the others: a nice, smooth, uneroded cone with some snow on it. It got me thinking about kids, and how they draw.

Kids teach themselves how to draw in such predictable ways that you can tell a seven-year-old’s drawing from an eight-year-old’s. Right around age ten, some kids work out how to draw more realistically. Then they enjoy drawing for the rest of their lives. The rest of the kids don’t figure out the trick, and they get discouraged and give up. If cajoled into drawing as adults, they will produce the same drawings they’d have made at age ten. They draw symbols of things instead of the things they’re looking at. For example, they’ll look right at a nice scraggly mountain, and they’ll draw an inverted cone with a blob of snow on it. That represents “mountain.” 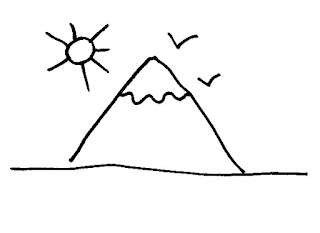 I’d managed to snag a little internet before we set out on the hike, just enough to know that my piece about Hillary Clinton had left many readers baffled and appalled. I’d thought I’d written it to be so completely over the top that it was clear I was spoofing. I even said she eats children, although I’m pretty sure she doesn’t. I was troubled. How could anyone have failed to detect that I was making fun of all those awful things she gets accused of?

Well, because you read that stuff every day. People across the political spectrum wallpaper their Facebook pages with memes accusing all kinds of people of all kinds of things, and that’s meant to stand in for reasonable discourse. Our digital presence is slathered in self-curated bumper stickers. If I had gone even further, and said that Hillary Clinton eats children-nuggets wrapped in corporate cash, fried in tar-sands oil, and dipped in genetically modified Bundy-Ranch dressing every fracking day of her life, a certain percentage of readers would put it on a poster and send it all over the world. Click. 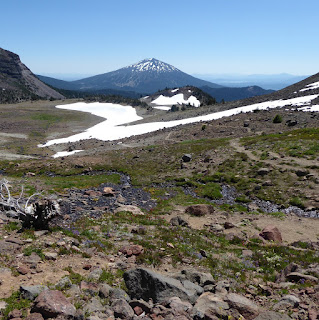 Everybody’s doing it. Everybody finds some clever piece of crap that’s been written about someone they hate, and out it goes to all and sundry, attached to an unflattering picture of the villain in question, whether or not any of it is true. I was disturbed by some of the anti-Hillary stuff coming in from the left this year. There was one meme that declared a vote for HRC was a vote for fracking. Now when it comes to fossil fuels, I’m a leave-it-in-the-ground kind of gal, so I decided to look into it. It contained a germ of truth. I preferred Bernie’s nice tidy answer to whether he would support fracking: NO. But Clinton’s position was thoughtful, strategic, and honest, and included consideration of real political/economic conditions that pertain across the globe. As much as I cheered Bernie, Hillary’s position was probably more likely to get us where we need to be. Not soon enough, probably not even for her–but that’s a lost dream.

So at the least, this trash-talk about HRC misrepresents her. It’s designed to. We are in a golden age of propaganda, begun the old-fashioned way by the establishment of fake news organizations funded by a plutocracy, but now, individuals on all sides of an issue bite off chunks of propaganda and disseminate it themselves, for free. Here are your facks, folks: we’ve made it simple for you, no need to look any further. The real Hillary Clinton is a mountain. The Hillary meme you’re gleefully sending out to the world is a cone with a blob of snow on it. Hey, close enough, right?

So I was thinking about all this while I was hiking, and it was a happy diversion when I heard a cool noise and stopped under a tree to investigate. It sounded like a baby bird. Low, rhythmic, weeka weeka weeka. Flickers make a similar noise but never so quietly. I was sure there was a nest of hatchlings above my head. But they refused to repeat the noise, because they’re cautious about my kind. I walked on. 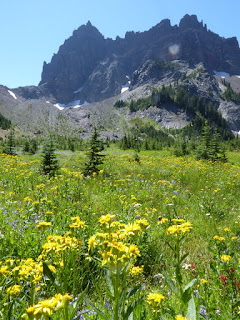 But there it was again! I stopped again and stared up into a tree.  Go on, make that noise again. I’ll find you this time. Sometimes adult birds tweet out a version of their song but use their indoor voice. Their bedroom voice. They’re communicating with their honeys and they don’t want anyone else to hear. Sure enough, they stopped when I did.

I went on. Fifteen feet later, after I ran through some more possibilities, I stopped one more time, determined to find the little bugger. It stopped too. Took me all that time to realize my new pack was squeaking as I walked. Weeka weeka weeka.


Sometimes you need to be very still and let all the squeaking around you die down before you can figure out the truth.