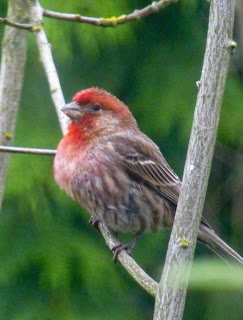 I have a modest goal for myself in this year’s Birdathon. As a group we will almost certainly find over a hundred species of birds in twelve hours. I am hoping to find one of them. Before anyone else.

I’m not good at this. The most common visitor to my seed feeder is the house finch. I should be getting purple finches too, but I have yet to pick one out for certain, even though they’re close by and stay-putty. There’s a lot of variability in the house finch. Some are redder, some are more orangey. Some have a lot of color, some not so much. Here’s what birders tell me: the house finch is reddish, but the purple finch looks like he’s been dipped in raspberry sauce. “You’ll know the purple finch when you see him,” they say.

That’s really similar to what someone once told me about having an orgasm. And they were right. So I’m guessing I haven’t yet seen a purple finch. 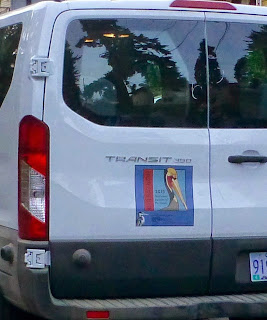 Anyway, no sooner have I spotted a distant movement in the trees than half the people in my birding van will have hollered out its Christian name and lineage. Holding my own in a Birdathon van is like trying to impress the Nobel Prize Committee wearing a swimsuit, heels, and a sash, only without the pretty part. I don’t have what it takes.

Once, at a party, the host had us play a game he called “Misspent Youth.” He had a recording of theme songs of TV shows and other tidbits from the ’50s and ’60s. He’d cue them up and we’d try to name that tune as fast as we could. I knew them all but I never got the words out of my mouth on time. So I thought of some shows he hadn’t played yet, concentrated on the opening chords, and prepared to hurl those titles in the first nanosecond. I had “Get Smart” and “My Three Sons” in my brain on a short fuse, and I was ready to fire. But I got too excited when they came on, and couldn’t get my tongue unfurled. It looked like I was going to come in last, and then, out of nowhere, a tune came up, everyone looked puzzled, and I bellowed “THE DUCK AND COVER SONG!” The skunk was off. 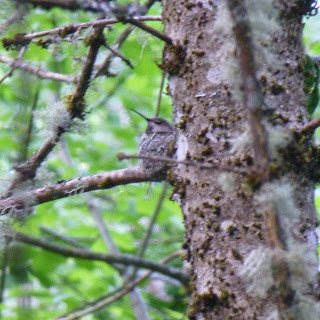 Nailed the “Go You Chicken Fat Go” song soon after, just for extra credit. I’m not proud of either one of them but you have to take your victories as they come.

So I’m going to pick out a few big easy birds that we’ll get in the first half hour (great blue heron, American crow, turkey vulture) and have them ready to launch like pebbles in a slingshot.  I’ll bag my bird and sit back the rest of the day and watch the freaks do their thing. Also, I’m bringing cookies.