The Dust-Mite-Laden Arms Of Morpheus 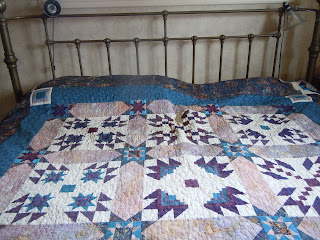 I found a helpful article in the paper the other day on how to pull together the perfect bedroom look, and I devoured it, looking for the answer to the biggest mystery: why shams? They didn’t say. What struck me instead was the categorical statement that you should replace your pillows every one or two years. There was some kind of reason. Your pillow molecules will mutiny, assemble a dust-mite cavalry, and take you down in the middle of the night, or something. Immediately this struck me as the sort of science that comes straight from the marketing department. Like “lather, rinse, repeat.” Or the received wisdom that a diamond engagement ring should set you back two months’ pay. Or the latest from Taco Bell: Fourth Meal. (This last legitimizes the enormous fat-and-salt porkathon you scarf down at two in the morning to soak up some of the alcohol, and just in time, too, because people were in danger of starting to worry about diabetes.) 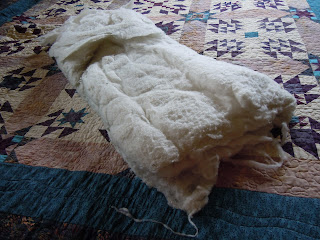 Well, Dave and I haven’t replaced our pillows for as long as we’ve known each other, at least–36 years. And neither one of us wants to replace our pillow, which is absurd, because he totally should.

His pillow is the skinned and flayed remainder of its former self, just a pillow gut pile with the ticking long gone. It is a gray, dingy remnant of folded-over batting whose only dignity is conferred upon it by the pillowcase that holds it together. Mine, on the other hand, still has its entire outer cover, if not all its original innards. 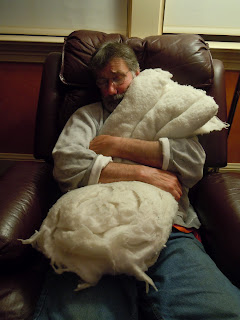 Dave is a man of great courage and loyalty who would stop a bullet with his forehead to save a friend. However, his sense of loyalty is not limited to those with the customary supply of consciousness. He befriends inanimate objects all the time. Pieces of fluff, rocks that look like they have noses, and wind-up Fred Flintstones, every one becomes his “little buddy.” In all likelihood he looks at his disreputable rag of a pillow and sees a congregation of dust bunnies, arms linked, little buddies in formation, and would no more discard it (or them) than he would kick Pootie (#1 Little Buddy) to the curb for being a Lakers fan. Ditching his pillow would not be an act of hygiene: it would be a betrayal.

If my pillow is not my original childhood pillow, it has to be close. It is a thin squashable scrap of ticking half-filled with Archaeopteryx feathers and every night I mold it into a popcorn-shaped sculpture designed to keep my face nearly straight down while allowing a little breathing passageway. I am a stomach sleeper. 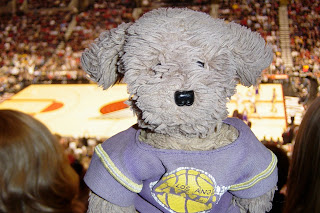 I cannot fall asleep on my back. Sometimes that’s where I end up, and I can tell because I’m occasionally in that position when I wake up due to some horrible racket that always quits just when I come to. It is possible for me to fall asleep on my side, but it is too dispiriting to watch my belly set sail for distant shores across the mattress and my boobs pool out like a short stack of pancakes. So most of the time I fall asleep face down. I’ve been doing this since I was wee. Probably my parents put me in the crib that way hoping it might save them college expenses one day. I know for a fact that I wasn’t in their original plan. 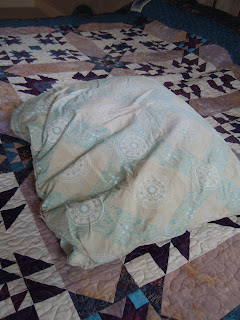 But my scrawny little pillow doesn’t make my bed look good. It makes my be look like Brigitte Bardot’s bustier on a six-year-old. What makes a bed look good, according to reliable sources that sell such things, is a mountain of pillows adorned with cases and shams in coordinating colors, textures, and patterns, including stripes, plaids, and florals, but nothing too matchy-matchy. In other words, the look that sends me into despair when I see it in my motel room. I have to evict all but one pillow and then find a corner of it and wheedle it into a little one-inch nose prop while the rest of the pillow floats above my head like a thought balloon.

But the secret that lies inside my laundered pillowcase is a lifetime of skin cells, drool, and other DNA. If I found it on the “free” table in a garage sale, I’d be horrified. But it’s all mine. I’ve got almost sixty years of personal bacteria in there. My little buddies. I can’t abandon them now.