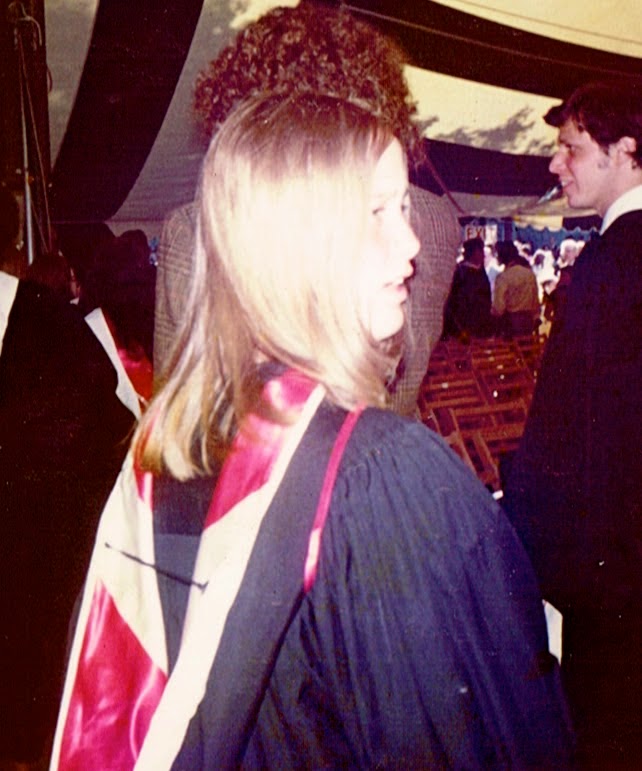 No one seems to know for sure why Wisconsin Governor Scott Walker, who is said to be considering a run for President, didn’t finish college. He got almost all the way through his senior year and then just pootered out. I’m guessing some people are better than others at knowing when they’re full up with education. Pour in any more, and you risk a spill.

Most presidential candidates do have college degrees, and many of them seem to be in economics, which is a particularly interesting line of study, in that it prepares you to have strong opinions about things that are the exact opposite of the opinions of others in your very same field, and do this all day long, and nobody ever has to prove a dang thing. And if they get involved in politics, why, they can even be in a position to test out some of their hypotheses–say, they can move a whole bunch of people’s money over here, and funnel it to a tiny cohort of other people, and see what happens. And when what they think will happen doesn’t happen, they don’t have to question any of their beliefs. They just try them again louder. It’s a ton easier than climate science that way.

Which is easy enough. Economics major James Inhofe, 80 years old [die now] and still rosy with rectitude, demonstrated all you need to know about it by throwing a snowball in Senate chambers and grinning like he’d personally worked out the Periodic Table. 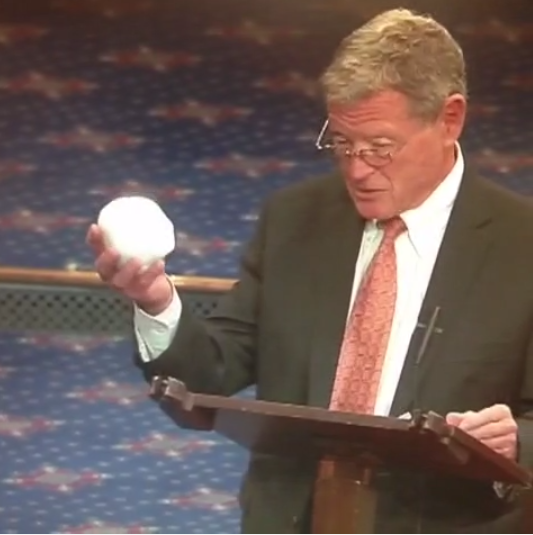 I can’t blame him. I too am often moved to go into the Senate chambers and throw things, except instead of mocking climate scientists with a snowball, I would be mocking idiots with a smooth, sharp stone, at close range. At any rate, unlike in D.C., we can’t spare a snowball here. Generally right about now we’re watching our local volcanoes fill up with snow, some of which they’ll still be wearing when the next winter boots up. But today you could drop a yardstick into the stuff at high elevation and still see the end of the stick. They say we’re losing our glaciers here fast but it’s looking to me like they mean this year. There are ways of explaining this, but some people with an economics degree are liable to start with the market value of what we’re pulling out of the ground as a starting point and force all their conclusions to dangle from that.

I so desperately want a Congress full of people who are smarter than I am. I’m plenty smart, and fairly well educated, but I have a porous memory, and there are hundreds of millions of citizens in this country, so it should be plenty doable. We have, as conservative columnist Rich Lowry laments, a surfeit of Harvard and Yale graduates among what he refers to as our congressional “elites,” as though the best of the best would be a bad thing. I do accept that many of these graduates are smart and educated, and others have trickled out of these institutions on a well-worn channel carved by their fore-sperms. But I’m not prepared to say a real high-end education is worthless. 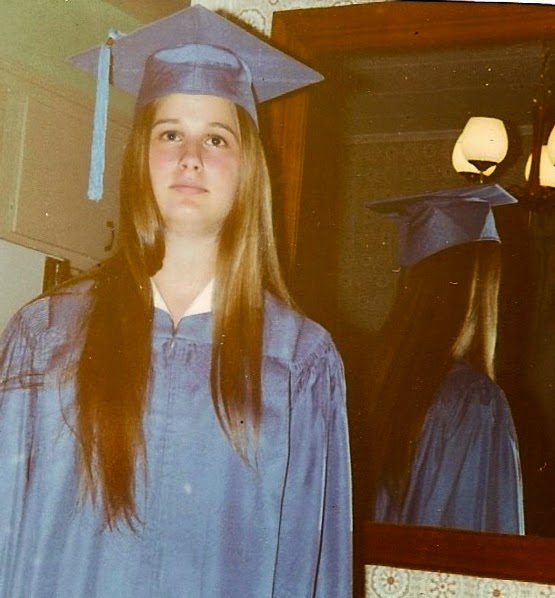 So much, I don’t know what to do. I watch the pure horror that is religion run amok and am helpless to guess what our course should be. I suspect, based on history, that knee-jerk violent reaction will not get us where we need to be, and that those who believe so are animated partly by their own base desires, but I don’t know. I want other people in charge and I don’t want them to be idiots. We’ve tried that.

Rich Lowry thinks it’s silly to fret about the level of education of our politicians, and he has a point. One of his points is that two-thirds of the population also doesn’t have an advanced degree. And, as W. famously pointed out, mediocre students need representation too. But I find it kind of depressing that we elect so many people without what I’d consider a basic education. And that so many voters think smart, educated people are a personal affront to them.

We’re not far from a campaign in which one candidate bleats about his working-class high school equivalency degree and the next brags about never having cracked a book. And a third thumps his chest because he knocked up a girl in eleventh grade and made most of his child support payments without government assistance, and they all get trounced by the guy who admits he still eats his boogers.