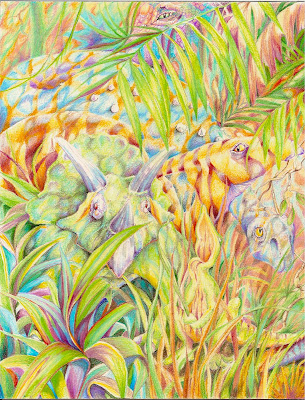 There still seems to be some misunderstanding about evolution and creation, and I’m just the gal to clear things up once and for all. You’re welcome!

The evolutionary biologists are constrained by the scientific method, wherein hypotheses must be tested rigorously and either found to be supported or abandoned. The creationists are constrained by the premise that the Bible was dictated word for word by God Almighty and does not need any editing. It is not true that this is a conflict between non-believers and believers, as there are plenty of theists among the ranks of evolutionary biologists. It would be more accurate to say that this is an argument between those who believe in God, and those who believe in God but do not believe he has any imagination.

There are a number of objections the creationists raise to the theory of evolution:

One. Evolution has never been observed. Whereas this does appear to be the case, at least among humankind since the Scopes Trial, 84 years is not considered by scientists to be enough time to really get the evolution ball rolling.

Two. No transitional fossils (“missing links”) between man and the apes have been found. This is patently untrue, and very unfair to Liza Minnelli’s ex-husband David Gest, who has only begun to fossilize.

Three. The doctrine of irreducible complexity holds that some entities, such as the eyeball, are so complex that they had to have been created in one fell swoop, and not a sequence of lesser swoops. This illustrates a misunderstanding of the biological mechanism in question. Evolutionary biologists would note that an adaptation is adopted if it confers some sort of advantage to its owner, but this does not have to relate to its ultimate function. There are many examples of this in everyday life. For instance, the very complex device currently being used worldwide to hold up windows that are missing their sash weights was originally developed to allow humans to watch Kevin Bacon on the small screen anytime they wanted to. A similarly complex example is the United States Congress, consisting of 535 individual moving parts, if we include 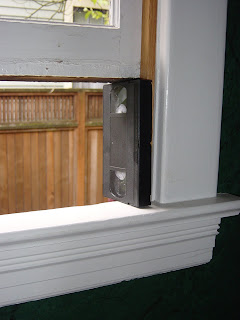 Four. The creationists reject out of hand the notion that life can arise out of a primordial soup situation involving a few key molecules, water, and a source of energy. However, this can and has been demonstrated in a number of areas, including the laboratory setting, deep-ocean vents, and my shower, where just the other day, using only water, heat and whatever inanimate matter had sloughed off my own body, I was able to remove the drain cover and pull up an entire mammal.