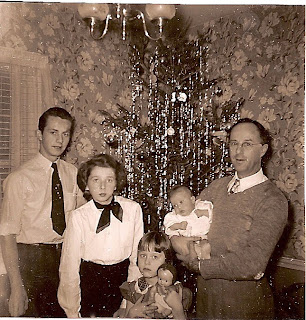 I have no memory of anyone in my family farting, ever. It just wasn’t done.

I do realize that it probably happened. Otherwise our whole family would have been bobbing about on the ceiling like balloons in the Macy’s parade, and I’m sure I’d remember that. And looking back, I now see that my brother was probably world-class. All I knew was you did not want to go in the bathroom after he’d been in it. He always planted a major fug in there, part aftershave, part cigarettes and part Fumes of Mystery. My eyebrows still haven’t grown back all the way.

I also remember it happening to me at least once. I’ve only got about ten memories from first grade, but tops among them was the time I farted and Chris Ripper smelled it and he got all the kids to stand up in a line so he could sniff their butts. Chris probably had a lot of self-confidence to pull that off, and I don’t remember anyone flinging that “he who smelt it, dealt it” line at him. Anyway he passed right by my butt without fingering me, as it were, and that’s probably why it’s so vivid. You always remember your biggest humiliations and triumphs, and while that one could have gone either way, I put it in the “triumph” column. 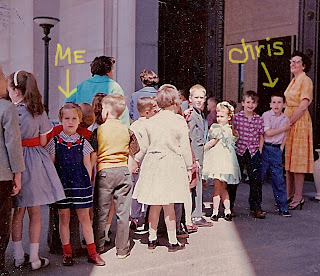 (The next memory I have of Chris Ripper was in tenth-grade biology, when we were doing a study of blood types and had to prick our own fingers with a lancet, and he volunteered–with glee, mind you–to stab all the leery ones. I wonder what Chris is up to now. I really do.)
So if I don’t remember any farting in my family, it must be because I learned early on that such a thing was never to be remarked upon, or noticed in any way, and I took that to heart so much that my memory slate was wiped clean. As it were.
But although I signed on for much of our family ethic, in this respect at least, the apple fell from the tree and hasn’t stopped rolling away. I now live in a household in which flatulence is a competitive sport. No matter what sort of noise I might make, Dave can imitate it. We go back and forth. It’s a form of conversation, I maintain, and while not elevated, it serves a lot of the same function of ordinary discourse (“hello, I’m here, I care, I’m listening”). We’re not just talking about the weather; we’re doing something about it.

I remain fascinated that so many different sounds can be made with just the one instrument. It’s a matter of embouchure, just like in woodwinds, I assume; everything from the little squeal to the pop-pop-pop-pop to something worthy of a ship in fog. And we both try to hold back enough ammunition to get in the last word. (Also, we do our own laundry.)
One of the beautiful things about modern technology is you can write an essay about farting and blast it all over the planet (as it were), and somebody out there will care. The blogosphere is a cozy place, and there are all sorts of interest groups and communities in it. There’s something for everyone. There are mommy blogs and birding blogs and art blogs and knitting blogs and wingnut blogs, left and right. And sometimes when you’re bobbing about on the ceiling of the blogosphere, you can recognize a kindred spirit, someone who holds your core values. A case in point would be Don Joe, the proprietor of the very funny blog Workforced. Ostensibly, it’s about life in the modern office; but after reading this post and that post and OMG this one, I realized that Don was essentially putting out the same inspirational message I am. 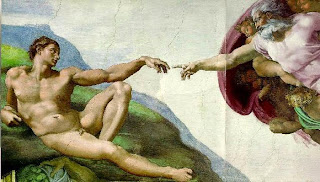