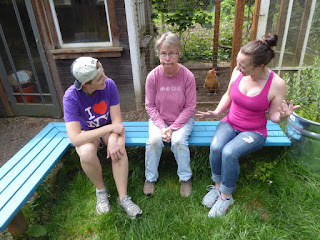 Many of us have started to suspect our minds have done some economizing. Downsized on neurons. We just don’t seem to have that same snap we used to, and it’s harder to learn things, remember things, or even pay attention. It’s particularly obvious when we hang out with younger people and discover we’re not really tracking what they say at all.

Younger brains need to work faster because no matter what they’re thinking about, they’re also thinking about sex, whereas once we’ve made a note of where the nearest toilet is, we’re all set, thought-wise. It’s nothing to be ashamed of. In fact many spiritual seekers in the world struggle for years to achieve the same kind of blankness that we maintain effortlessly. Still, it can be concerning to discover that your mental acuity took the same bus out of town your hormones did.

Fortunately, you can exercise your brain in the comfort of your own home. Let’s take a common scenario. Just to up the ante, let’s assume you are in conversation with a young person; one of those annoying polite ones who is looking at you in anticipation while waiting for you to finish your sentence, even though maybe you weren’t planning to finish it just then, thank you very much. You have both glanced out the window as a bird flies by. “What kind of bird is that?” your young friend says, which is just typical–they know everything about the Internets but they don’t know birds! Unfortunately, you don’t either, so you give it a good squint and then get up to look in the field guide, which is in the next room, twenty steps away. Now you have arrived at your bookcase and are facing it, but you don’t know why. It’s a puzzler! So let’s solve it. Let’s make a brain game out of it.

First, let’s assume your feet had a perfectly sound reason for bringing you to this spot, and let’s further assume that what was on your mind thirty seconds ago is in fact related to something in this room, possibly something right in front of you. What could it be? Let’s look for clues. There’s the dictionary. This is a promising start: odds are always really high you were about to look up “hegemony” again. You pull out the dictionary and it opens right up to “hegemony” and your missing tweezers fall out. Awesome! You tap your face to see if your main chin hair is long enough to pluck, and it isn’t, but there is a bump you don’t recognize. You go to the bathroom to have a look in case it’s cancer, but it looks more like dried oatmeal, so you wash your face, and take the hand towel to the laundry room to toss it in the washing machine, and darned if the machine isn’t full of damp clothes already. Which obviously is what you meant to do: hang out the laundry. The rack is already full so you fold the dry clothes and take them to the bedroom and on your way back to take care of the wet clothes you pause by the bookcase again. Hmm. There was something about the bookcase. You stare at it for a while and then go back to the original room, where your young friend is holding up her phone and saying “Wilson’s Warbler?” 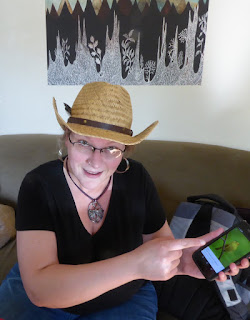 You peer at the phone and sure enough there’s a picture of a bird of some kind on it and you shrug, but it’s irksome, trying to make sense of these non sequiturs all the time. And does she ever get her nose out of that thing? Kids. You, on the other hand, have folded laundry and put it away, plus there was that other thing you were going to do, which will come to you eventually. What the hell is she smiling about? She probably needs spell-check to spell “hegemony,” which you really should look up sometime. Little shit thinks she’s so smart but she wouldn’t recognize a road map if it came up and bit her on the bloomers. Honestly, the whole generation: show them a card catalog, they’ll be looking for the cup-holder. And ain’t none of them knows how to drive a stick, do they? Huh! That’s what I’m talkin’ about.

Pretty sure that’s what I was talkin’ about.