Get Me My Formica Hat 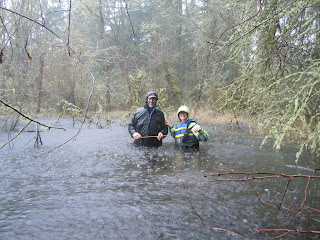 The news wasn’t good on NPR. We were driving home in a hailstorm listening to speculation about radiation clouds emanating from Japan. The planet had made a little adjustment in its outerwear, as it must do–it doesn’t mean anything by it–but the human consequences were devastating, and still unfolding. Finally Terry Gross’s show came on, the hail let up, and we were just settling in to hear a very old man sing his own composition, “Have Yourself A Merry Little Christmas,” even though he had just died, when the Emergency Broadcast System began bleating away. It was not preceded by “this is a test of the Emergency Broadcast System.” It just busted right in. My first reaction was to want to pull over to the right side of the road, but that was inappropriate, and we waited for the bleating to stop and tried to figure out which direction Japan was.

Then a man came on and said there was a severe thunderstorm warning for central Multnomah county and that everyone should take shelter inside a building and stay away from windows. 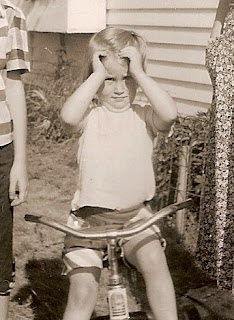 The storms were plenty loud, but I liked to go out in them. For a blessed half hour we could be drenched in seventy-degree water and begin to remember the point of living again. Then the sun would come back out and the steam would hover in the air and the thunder would rumble away in the distance like Satan cackling and our sweat would revert to an inert slime that nothing but a trip to Gifford’s Ice Cream could compensate for.

Anyway, here in Portland we have thunder so infrequently that a little bout of it that sounds  like celestial indigestion will cause people to remark on it all the next day. A severe thunderstorm warning hardly seemed worth jumping up and down about. What the Emergency Broadcast System was really designed for, as we kids who grew up in the shadow of the Capitol well knew, was to warn us of an imminent nuclear strike. We practiced diving under our desks with our hands over our heads, utilizing our nation’s primary defense, Formica. 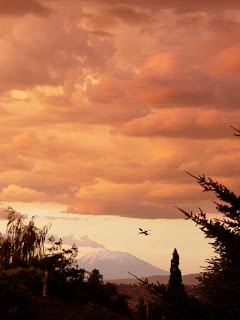 But the last time we had a severe thunderstorm warning here, it knocked the scoff right out of me. It screamed down the valley bending trees parallel to the ground, which is especially impressive in Douglas fir country. Unanchored Chihuahuas vanished. Comb-overs were revealed. Bits of minced weatherman and other debris rocketed by. It was an emphatic sucker, and I was impressed. So this time we took shelter and stayed away from windows.

No matter what Dave might tell you, it’s not my fault that the nearest shelter happened to be a fabric store, or that he was the only one with a wallet.