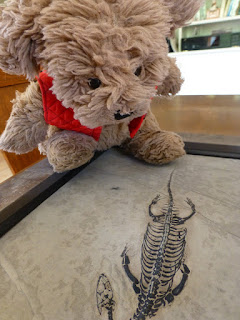 “It’s paleontology’s dirty little secret,” it says in this article I’m reading, “that we do not know the sex of our dinosaurs.” Paleontologists, many of whom do not look like Laura Dern in short shorts, aren’t often in a circumstance to have a dirty little secret, so this will have to do.

It is, on the face of it, an embarrassment at least.

Humans are hard-wired to try to detect each other’s sex. We may appear to be taking little note of each other, but let a person walk by who confuses us and most people will double around the block to get another look. We may not have any designs on the person, but somehow we have to know. Which sex are you? We’re basically narrowing it down to two, so, often, that’s why we’re confused.

I admit I did not know this embarrassing thing about paleontology. I do remember that their first T. rex is named Sue, so  I assumed they had a clue. Evidently all the ones since are named Pat. The article is illustrated with a competently drawn set of theropods and one of them, the pregnant one, has a big belly. There’s even an arrow pointing at “distended abdomen.” This is speculation. Nothing in the fossilized skeletal remains would indicate a distended abdomen and thus far dinosaur maternity pants have proved to be even less likely to show up in the fossil record.

And if a given T. rex is prone to wild hormonal mood swings and rages, how would you tell?

It is possible it didn’t even matter to the dinosaurs. After all, as I have repeatedly observed over the years, chickadees are quite able to locate viable mates despite the fact that not one of them differs from any other in any particular, other than the theoretical presence of testes and ovaries. Other than that. 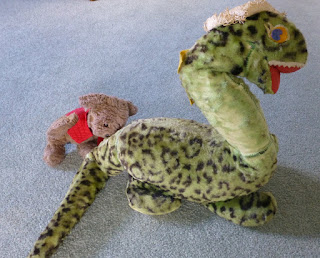 Now, though, someone has managed to tease out evidence of a particular kind of bone that is present only in birds who are thinking about laying an egg, laying an egg, or have just laid an egg, the vast majority of whom have thus far proved to be female. It does seem like a lot of trouble to develop an entire kind of bone just for laying eggs, but they need the calcium for the shells, and that’s where they’re storing it. So we might have a potential sex marker for our fossilized dinosaurs. Sociologists consulted, of which there are zero, have noted that it won’t help us identify a female dinosaur who has decided to concentrate on a career instead.

I admit I’m surprised. I know paleontologists have extrapolated entire dinosaurs on the basis of a single toe bone. One time some scientists discovered a mashed-together batch of dinosaur hatchling bones that appeared to be pocked by digestive juices; they concluded they were looking at the remains of a regurgitated crop pellet, which means paleontologists, bless their bones, are capable of recognizing fossil barf, but they don’t consider that a dirty little secret.

All of the T. rexes examined were rather roomy through the hips and had little upper-body strength, but that doesn’t make them females. And a lot of theropods, of all available sexes, wore nice hats and accessories. They were presumed to be plenty colorful. If you’re as big as a house, there’s not a lot of point to camouflage. Maybe the boys had big pink and purple dotted frills and the girls settled for a modest gingham check. We just don’t know, yet.

But we want to know. It’s hard-wired.