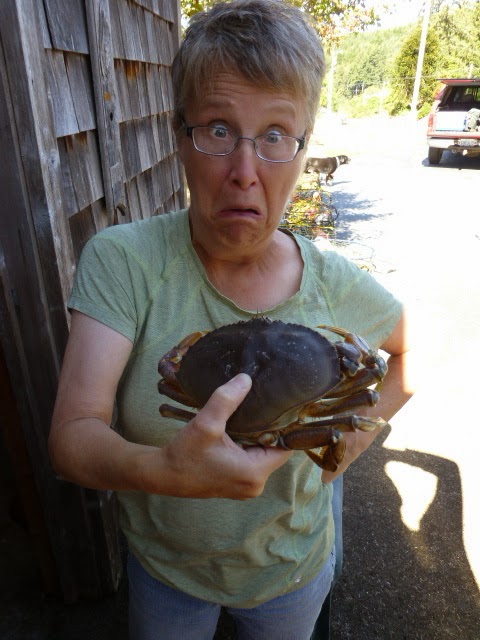 Dave doesn’t care for fishing, much, until it’s late enough in the game that the frying pan comes out. He’d rather go crabbing. He likes that because there’s always a heavy crab pot to pull and muscles to use and of course there’s the excitement of taking all those nasty slicey freakish prehistoric alien spook-ass creatures out of the pot without losing a finger. He thinks fishing is boring, because a lot of the time nothing happens. I like to fish.

Once you’ve bought your license, you only need one thing to go trolling for salmon. You need a good friend named Tom with a place on the coast and a well-maintained boat and his own poles and tackle and a net and know-how and a working knowledge of the water and a jar of headless herring, and then you’re all set.

The herring is the bait fish. You take their heads off so they don’t get any ideas, and then there’s a particular way you string them up with a pair of hooks so that they do a slow roll in the water and look exactly like living herring except for the not having a head part. You add a nice weight to the line so as to position your headless herring near the bottom of the river as you’re trolling, because that’s where all the Chinooks are hanging out. 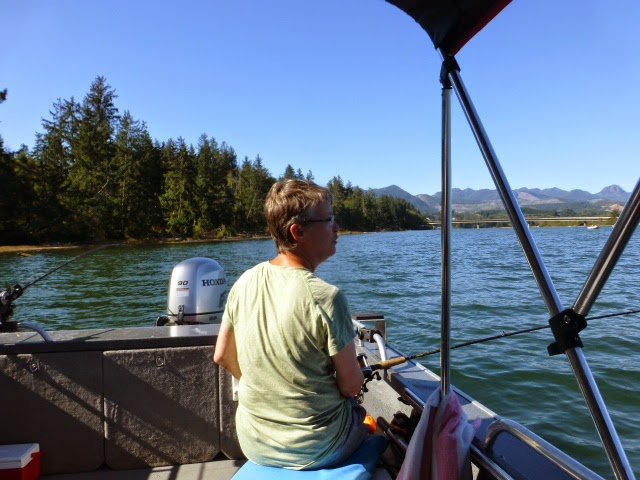 That’s all you do.  Periodically you reel in your line to take seaweed and algae off of your flashers. A lot of people put their poles in the pole holder so they can sit back under the canopy and drink beer, but I never do. I want to hold it in my hands. I want to feel the pole thrum as the big old Chinooks nose past the bait. I’m living in the present, just as we are meant to do, sensing the studious indifference of the mighty salmon, the rippling of seaweed accumulating on the tackle, the gentle lurching and chugging of the zombie herring. The Chinook are stacked in layers three deep on the river bottom and slide past each other, excuse me, excuse me, excuse me–salmon are very polite–and their graciousness and civility are transmitted through the line. But it’s even better than living in the present. It’s living just a little bit in the future, in heightened anticipation. Because that pole could bend over at any second. It could be a second in a whole different day, but it could also be the very next second. 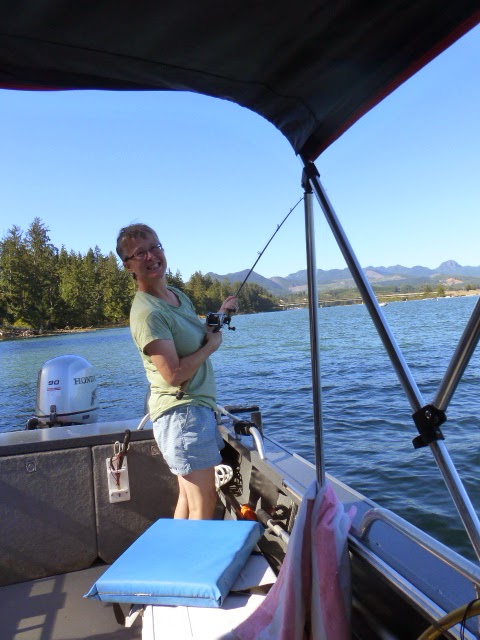 When I was little, I used to hide in the coat closet when my mom came home and I’d wait for her to open the door and then I’d jump out and scare the living daylights out of her. We didn’t have any words like “crap” in our family, so the living daylights was the best I could do, but it was plenty enough. The anticipation was delicious. I could spend all day in there, with my mother apparently requiring nothing from the closet and not unhappy about how quiet her “little handful” was being; meanwhile, I was quivering in excitement. I was fizzy with suppressed giggles, my joy under pressure and on tap, and I could remain that way for hours.

I was born to fish.