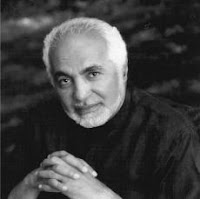 A group of progressive Muslims is interested in developing their property, located two and a half blocks away from the site of the ruined Twin Towers in New York City, into a community center. It is conceived as a cultural center to strengthen ties between Muslims and people of all faiths and backgrounds. According to Imam Feisal, who has made a career of promoting interfaith tolerance and understanding, “we want to push back at the extremists.”

It’s not a bad idea. Surveys show that The Terrorists believe all Americans are evil people, when at most some of us are just a little annoying.We feel the same way about Muslims and people who look like they might be Muslims. In spite of this obvious common ground, we have failed to come together. So the plan was endorsed by the mayor, the NY Times, the local synagogue, 9/11 victims’ families, and many others when it was proposed eight months ago. 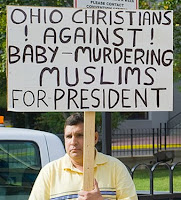 Naturally, folks were shocked when it was recently revealed, by conspiracy blogger Pamela Geller (who previously informed us that Malcolm X was Obama’s father), that a “monster mosque” was going up at ground zero. Even before she was able to disclose that the mosque was planning to open an exploding underwear concession from a booth constructed from the bones of firemen, the story was picked up and widely disseminated (via hitting the fan) by serial fabulists Sarah Palin, Newt Gingrich and Fox News. People are hugely upset. I’m upset because I had no idea that bloggers were influential. We shouldn’t be; we make shit up. And if we is, why amn’t I?

The whole project, now universally portrayed as The Monster Mosque At Ground Zero, has become distasteful to a majority of Americans, many of whom identify as Christians. Forgiveness is an important part of being a Christian. Some of them are even able to forgive Jesus for that Sermon on the Mount, assuming he was just having an off day.

The very thought of a Monster Mosque At Ground Zero took many by surprise, especially Imam Feisal, since it wasn’t a mosque and wasn’t at ground zero. The quickest to rebound from the shock was the Committee for Obama Defamation (COD), which sprang into action with a COD piece for every contingency:

Obama decries mosque, because he’s a Muslim and sneaky besides.

We the people have always taken being bombed very personally, as well we should, since it was meant personally, which is what makes it different from the bombing we do. We intend to cede zero ground to the terrorists. 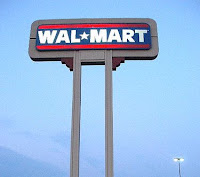 I get this stance. There is a huge organization out there with power greater than most entire countries, and it revered its profits so highly that it was able to set the lowest wages on the planet. Then it packed jets in the name of almighty Moolah with all the middle-class manufacturing jobs and rammed them right into the economy. In spite of that, it has managed to erect giant Walmarts all over, usually in the precise areas of devastation. That there hasn’t been a greater outcry over this is just another case of failing to connect the dots. 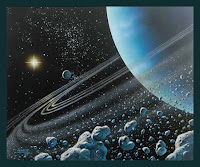 Meanwhile, many of the great Internet typists have undertaken to determine the exact distance away from Ground Zero it would be appropriate to put up a mosque, but that distance varies, because Uranus travels in an elliptical orbit.

The consensus, though, is that there should be a blank space, nothing at all, around Ground Zero. Think of it as a monument to atheism.