Happy Holidays From The Drabnitz’s 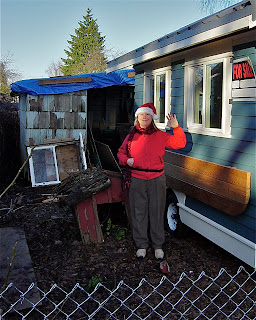 Merry Christmas! It’s been “another” jolly year for the Drabnitz’s!
So many blessings! Little Megan is all grown up now, it seems like only yesterday she was lifting her little frock above her head in the choir loft! Ha! Ha! She has always had that knack for entertainment and we know she’ll go far. She still enjoys her job down at the Boom Boom Room, and in October they moved her right up to the main stage. We didn’t think we could be prouder, but then she was able to “pull a few strings” and get her sister Becka a job there too. They’ve always been poles apart, Megan is our little athlete and Becka loves cheese. But we hear the “sister” act is a big hit and both girls seem to be rolling in cash. In these uncertain economic times we are grateful they have found their niche. Ho! Ho! Ho!
Little Dickie is doing well, isn’t he special? you will remember all those shows he used to put on in the back yard, so no surprise he’s grown up to be the star in the Wally Shore Chevrolet production of South Pacific!!! We’ve had the whole troupe over here for a sleepover in the rec room, he has always had the nicest friends. 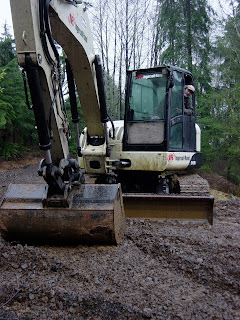 What can I say about Big Dick! Just as ornery as ever, he can go all day without saying two words, but like he says, Lurleen, he says, you talk enough for both of us. Ha! He was able to buy himself that backhoe he always wanted this year, he calls it an investment, but just between you and I, it’s more like his toy! He’s still working hard, lots of times doesn’t even get home until the middle of the night, and then he’s got that thing clanking away in the back yard, good thing we live in the boonies! but guess what? its working out for me after all, he has been pouring concrete back there bit by bit, and in a few months I’ll finally have me that patio I’ve been bugging him about! LOL!!!! Plus he’s taken over doing all the laundry around here. I am so lucky!
And that leaves our littlest, Timmy, that’s our little scientist. He’s still awful quiet, but maybe that’s a blessing too, ha! He always used to like to take things apart, and we worried he didn’t seem to have many friends, but like I was just saying, some kids are just different from the get-go, aren’t they? Anyway he’s always just been so darn interested in the natural world, What makes this go? What’s inside of that? You never know just where that little mind is going, now he’s taken over the shed for his little dissection projects. He can keep it now! Ha! Ha! Mark my words, that boy is going to make some big news some day…
Some of you might remember Dick’s brother Dwayne Ray, he’s been away for a few years, but now we’re so pleased to have him back for Christmas this year…he’s staying with us in the 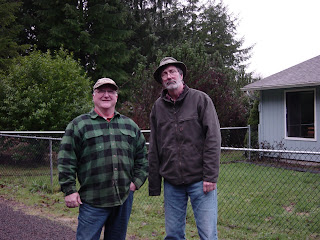 basement for a little while until he gets back on his feet again. Luckily he’s not supposed to move too far away, so Timmy will have a chance to get reacquainted with his good old Uncle Dee again. He always doted on the boy so!
The only sad note all year was the loss of our sweet Scamp, who just plumb disappeared one day, and then right after so did his littermate and constant companion Bozo. We were heartbroken, and Timmy especially has been after us for a new puppy, so maybe Santa will have a surprise for him under the Christmas Tree! Ha! Ha!
Well that about wraps it up, from the whole Drabnitz clan to all of you, have a great holiday and maybe we’ll see you in the new year! Can you believe it’s almost 2010 already? We still have cans of beans left over from the Y2K thing!!! Ha! Ha!
By Murr Brewster|2021-11-09T21:31:30-08:00December 23, 2009|Uncategorized|9 Comments