Happy ****ing Birthday To Me 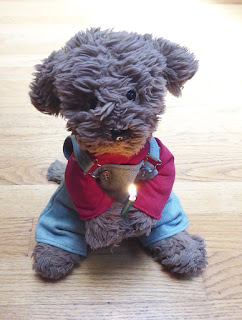 I don’t put much store by birthdays. I don’t encourage anyone to give me presents. In some moods, I think a little spanking might be nice.

Obviously when I was a kid birthdays were special. But by the time I was in college, the shine had kind of come off of it, although I still used it as an excuse to drink. Which made it much like any other day. Which is how I still feel about birthdays: they’re like any other day. You can think of them as a day in which you’re one step closer to dead, but again–that makes it like any other day.

I like people saying Happy Birthday and stuff but I don’t plan anything special. This year, for instance, the plan was to wait for the dishwasher installers to show up, which they finally did around four. There were three of them. Their hobnail boots crunched ominously on the wood floors. I worked at my computer in the kitchen while two of them ripped into the box containing the dishwasher and set it out on the floor, where it promptly tipped over with a mighty crash. I looked around and one of them said Oops. Meanwhile the third was busy hauling out the old dishwasher. 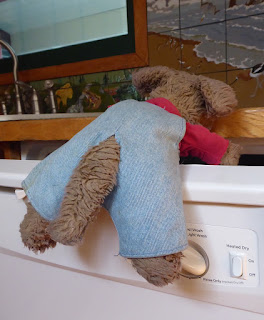 This was their second trip. The first trip they announced my water shut-off was corroded and they couldn’t do anything until I got a plumber in to fix it. The plumber was a week out and charged more than the new dishwasher cost. But that’s water under the, uh, sink.

The installer wanted to know if I’d ever tripped the dishwasher breaker before. Because the wires were all melted. “And if this goes far enough in, we won’t be able to install it.”

“You mean I’ll need to get an electrician in?” This was fast becoming a thousand-dollar dishwasher.

He investigated and the damage was limited to the first inch of the wires and he said he could do it. I relaxed. Went for my email.

Just at the exact moment I finished reading the letter from my literary agent in which she said she was sorry but she was dissolving my agreement with the agency, the installer said “Uh-oh.”

“What,” I said, in a tone any good TV detective would recognize as homicidal.

“Have a look,” he said, and I got up, made a wide arc around the kitchen knives, and had a look. Mouse turds in the cabinet hole. An inch deep.

“All the time,” he said, although he apparently kept no vacuum in the truck, and turd removal was not in his contract. He stood back helpfully. 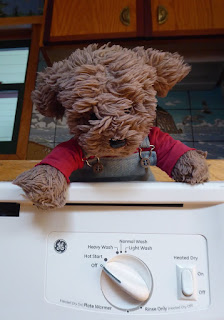 I got a broom, dustpan, and vacuum cleaner, and I got on my hands and knees with my ass in the air in front of three strapping young dishwasher installers, and swept up ten thousand mouse turds, on my fucking birthday, and imagined that somewhere behind a two-way mirror folks were pointing and giggling and popping corn, and I creaked back upright thinking a hantavirus was probably as good a way to go as anything, and they put in the dishwasher and left.

It’s not at all the color I thought it would be and doesn’t match anything. It is, unfortunately, the color I ordered. I intend to find it charming.

Donald Trump arguably was having a worse day. The impeachment inquiry had officially just begun. Then again, any day you wake up and you’re Donald Trump has to be the worst day ever. Only, in his case, he doesn’t realize it. He thinks he’s a perfectly fine appliance, the best, like you’ve never seen. He doesn’t know he’s sitting in a tub of rodent poop.