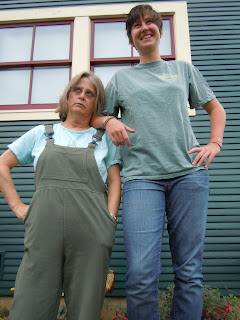 Says here they tried to reintroduce a population of bunnies into central Washington and it didn’t take. They put twenty little pygmy rabbits out there in the sagebrush and got nothing for it. Nineteen of the bunnies fell to predators and they rescued the twentieth after a brief debate with a creationist over the likelihood of immaculate conception.

It’s hard for me to imagine trying and failing to achieve full bunny saturation. This is not a moonshot. It would be like swinging a bat in Portland and not hitting a barista. But fail they did.

The problem, as I see it, was with the bunnies themselves. They were very small and cute; nuggets, they were. The biologists might as well have thrown out a handful of popcorn. Apparently the local coyotes found them utterly adorable, all the way down. 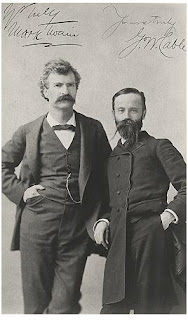 I’ve banked on the notion that small equates with cute all my life. I remember being the smallest in the class the entire time I was growing up. That, and having a name that started with a “B,” kept me in the front row, where I had to develop skills not required of more easily hidden people. But I had hope. We got measured every year against the kitchen door frame, and I could see a positive trajectory in pencil marks. My mother was short; my father was short; my paternal relatives were uniformly tiny and had to develop curmudgeonliness, scowling, and, in some cases, seizure disorders just to scare away predators. My great-grandfather was barely five feet tall. He was a popular author who did a lecture circuit with Mark Twain. The poster for the tour featured the two under the title “Twins Of Genius.” The “twins” part was a joke because they were such different heights. Also, way different genius, but we won’t get into that. Anyway, when it came to verticality, I looked at my heritage and figured: hey. I’m due.

Unfortunately, there is no chromosome for being due. After an exciting couple years when I made progress measurable in actual inch fragments, the pencil mark intervals went into millimeter territory until the last one, which is very dark from having been drawn over and over. When you stand to get your height measured, you give it all the stretch you’ve got, but it never makes a dime’s-width of difference. Your eyebrows fly up and your ears pin themselves back but there is no more height to be gained. I was ready to begin phase two of the Brewster growth pattern, all of which is lateral. It makes sense, evolutionarily. We go for a lower and fluffier center of gravity to guard against tipping injuries. 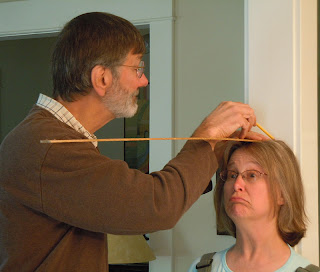 Still, I never felt terribly short. I felt more on the low end of average. Then, as an adult, I got a mail route that included a high school. Walking down the halls towards the office, I navigated a swarm of adolescent giants plumped from birth with high-fructose corn syrup; I bobbed along a trough in a sea of tits and armpits. It’s disconcerting.

It only just occurred to me that we could dedicate another door frame for yearly measurements again. I could have visual proof of having approached five feet from both directions. It could be interesting. I’m fine with it as long as I’m adorable all the way down.