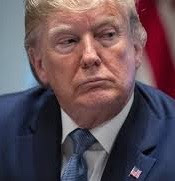 In the pestilent cesspool of Stupid that is the Republican defense of Donald J. Trump, the stupidest thing being bellowed is that liberals are trying to undo his election because they hate him.

We absolutely do hate him. We hated him when he was just a bankrupt two-bit showman and poser with an unfathomable appeal to people who aspire to his level of vulgarity and ostentation, and we hate him even more now. 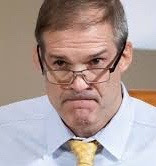 Moreover, our loathing is all-encompassing. We hate him for gleefully mocking his betters at every turn, including all women, anyone of non-European extraction, and any actual Europeans who fail to flatter him. We hate him for his refusal or inability to learn, or understand what he needs to learn, for his dismissal of science, for his repeated attacks on the honest press, for his uncloaked racism and eagerness to inflame the worst racist hearts, for his cruelty, for his bottomless ignorance, for his casual undermining of the very structure of democracy solely to enshrine himself as the biggest goddamn duck in the puddle, for endangering the lives of desperate refugees, for kissing up to the worst dictators in the world, for lies and bullshit, all the time and about everything, for enriching himself and his entitled spawn at the expense of the American people, for dividing Americans at every opportunity, for false religiosity, for favoring the insatiable desires of billionaires over the needs of the people, for attacking public service, for selling off the commons to profiteers, for open-faced corruption, for endangering our republic, for spewing propaganda, for ballooning our debt, for his ridiculous hairdo. All of it. 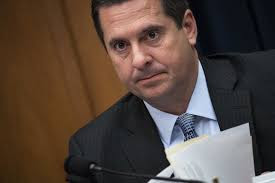 And most of all, we hate him and every other member of the Republican Party for failing to rise to the most existential threat we humans have ever faced, an environmental catastrophe of our own making, a challenge for which they have not only failed to provide any leadership whatsoever, but have dedicated themselves to making things worse, sooner. And all the famine, and drought, and the collapse of the oceans, and the deepening worldwide refugee crisis, and the coming wars over resources and territory, and the epidemics and spread of disease, and the extinctions, all of it is on him, and on them, every last grabbing one of them. 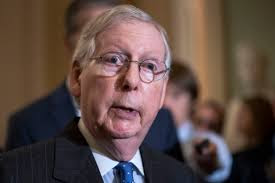 Nancy Pelosi says she doesn’t hate anybody, and I have no reason to doubt her. I am not a Catholic, or even a Christian, but I am a liberal, so I understand how it works. I too, if I am honest, do not hate the actual man so much as perceive what a grasping, transparently insecure, pathetic man-baby he is and always has been, but I hate very single thing he has done to me, my fellow humans, and everything else. I not only want him out: I want him in prison.