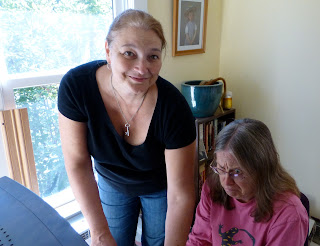 I’m working on a novel y’all are going to be required to buy someday, and all of a sudden something screwy happens with my computer. It’s a sad old Dell that sits off by itself and isn’t allowed to play on the internet, and from time to time it just expresses itself as only a Word machine can. Previously, when I came to the end of a paragraph, I hit “enter” to make it go to the next line. Now it goes one space forward instead. To get it to the next line, I have to hit enter twice, which will make it skip a line, and then I have to hit the backspace button. This just started up for no reason. End of paragraph, enter-enter-backspace. Not too tricky, but not ideal.

I’m not as annoyed at this as I could be, because when I was coming up I used to have to do things like type a period and backspace and shift-apostrophe just to whomp up an exclamation point, and I didn’t feel put out about it at all. Actual exclamation point keys were a computer development and led to exclamation-point abuse among some users, and you know who you are. Anyway, it might have seemed like a burden, but at least I didn’t have to pluck a goose and dry a sheep like my parents did just to write something down, and they were happy they didn’t need to chisel granite. 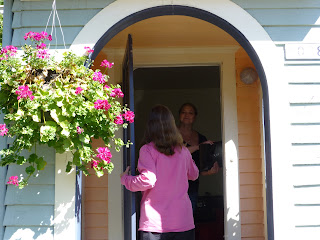 Still, after a while I got to thinking I really shouldn’t have to enter-enter-backspace every time I want a new paragraph, and so I went about fixing it, by which I mean I called Beth next door. “Sounds like a formatting issue,” she said. I’m familiar with the term. In fact I had already set up a format in which there was no extra space between paragraphs, and there was a five-point indent to start out. That format had just been obliterated by my machine, which elected to institute the “because I can, nanner nanner” format on its own. Or possibly there was a fatal combination wherein I hit some shortcut button while the cat walked across the function keys, but in any case, I didn’t know how to undo it. 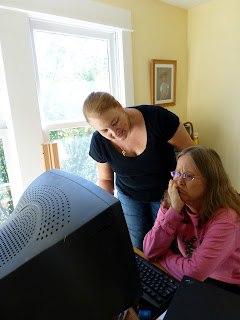 We have a house next door to us that we bought and set up as a hothouse for talent. We stock it with smart young people and ingratiate ourselves in various ways hoping to maintain a ready supply of tech wizards and, eventually, butt-wipers for our dotage, because we did not have the foresight to spawn on our own. It’s worked out really well so far. Beth might be a little older than some we’ve cultivated. She’s only about fifteen years younger than I am, but that’s a whole generation in some of the red states. And Beth was the one who taught me the only thing about computer repair that I ever remember, which is that the machine is a lying sack of shit and you shouldn’t believe anything it says for one second. One time when I was working on something really important, I started getting an error message accompanied by the dreaded Windows Chord of Doom, and I was frantic by the time Beth breezed in with her characteristic cool. She tried the same thing I did and got the same error message. “Bullshit,” she said, and did it again. And again. And the fifth time the machine said “oh, all right” and did her bidding. So now I know that you need to saddle up and sit tall and give ‘er a little kick with the heel or the damn thing will try to scrape you off on a low branch every time. Never show fear.

Anyway the issue resolved itself as mysteriously as it had appeared, and I called Beth off the duty. It’s still nice to know she’s standing by. She’s really smart. She’s so smart she’ll probably be out of the place before we need our butts wiped.