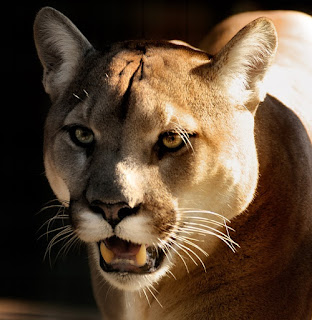 Well, shit, someone got killed by a cougar in Washington, first time in 94 years, and we’ll probably get a lot of dead cougars out of it. The perp got offed for sure. He was still standing over the mountain biker admiring him when he was apprehended.  I’d feel better about killing lions if we had more big predators plus enough room to stash them in, but we don’t. Most of us are in cities and the rest are kind of strung out into the countryside trying to get space around us, and that covers a lot of map. And I do feel bad for the biker and I know I’m supposed to be more loyal to my kind, but Jeebus, there are so many of us, and most of us aren’t really as cool as a cougar. Not saying I wouldn’t try to bash one over the head if it came after me or after my friends and family, most of them, but it’s all just a shame, isn’t it?

So the paper had a thing about what you’re supposed to do when you run into a cougar. The first is to pick up small children immediately, but what if you don’t have one? Or if, like me, you can’t throw it very far? Dave has already explained to me that his plan is to hold me in front of him to look even bigger than he is. My own plan was to climb him or get in back of him, so if we both try to carry out our plans at the same time, it’s bound to look chaotic, which might trigger the cougar’s prey response. We would look like one big sweaty moth at a porch light. (My backup plan involves explosive diarrhea.)

But what you’re supposed to do is look large, face the cougar, speak firmly, and slowly back away. Remember: speak firmly. Bad Cat! No! Be assertive. Cougars are going to go after the up-talkers or people with vocal fry first, guaranteed. So right there, you can’t say they’re all bad.

One way you can try to look big is to stand on a rock and open out your jacket. And then if you’re attacked anyway despite having a voluminous jacket, you’re supposed to fight back with everything you’ve got. What? Are we supposed to knee ’em in the nuts? You ever try to find nuts on a cat?

The trouble with all this is that every one of these is the exact last thing you want to do. When I’m confronted with a cougar, I do not want to stand on a rock and risk tipping over. And I definitely do not want to open my jacket. Here, Kitty! Here is my thin, pale throat, with its rapidly pulsing delectable jugulars! And down here is my disembowelment zone! So in order to do all this, we need to have nerves of steel. I have already had one shot at this scenario, and I have determined that I have nerves of gelatin. 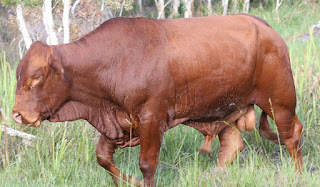 I might have told you the Rasty Old Bull story before, but I can’t remember doing it, so you probably don’t remember it either.

That last sentence was fallacious. Not only might you remember something I’ve forgotten, but it’s damn likely. I don’t even know why I opened the fridge half the time. 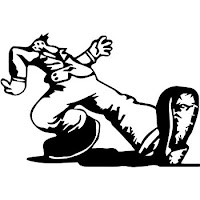 So you get the Rasty Old Bull story anyway. My sister and I went traipsing some distance across a rough pasture in Utah, after first climbing through the barbed-wire fence, to see a particularly nice petroglyph she knew about. We went, we admired it, and when we turned around, we were greeted by the unprecedented and jolly sight of our entire family standing on the car waving and hopping and pointing to the right and making no sound at all. We waved back. Some moments later, looked to the right. And here comes this rasty old bull. Keeping a slow but deliberate pace, balls swinging like nunchucks, on a trajectory that would put him right in our path on the way back to the car. “Walk steadily but do not run,” Bobbie advised, and that sounded right, so we jammed it into second gear and headed for the car. At first. Then our strides lengthened. Theoretically we were still in a walking gait, but we looked like the Keep On Truckin guy. Finally our feet left the ground altogether. We gazelled straight across several arroyos and went completely Edwin Moses on the barbed-wire fence, clearing the ditch and into the car in one fluid motion. That was the most athletic thing I have ever done or will ever do in my life, and I got no chops left for a cougar.