He Comes With Fries 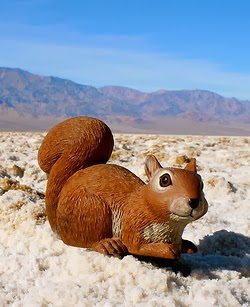 Certain kinds of criminals we seem to single out for our scorn. Not the wealthy ones who make off with our retirement accounts–we admire them. No, we like to make fun of people like that woman who was arrested for stabbing her husband with a ceramic squirrel because he failed to come home with beer. Which is not fair. What should she have stabbed him with? The angel figurine? That’s just wrong.

Likewise, there has been no sympathy for the local serial flasher who has been visiting the drive-through windows of fast food joints. Nobody’s giving him a thumbs-up. Everybody looks down on him, unfortunately including the young female attendants at the pickup window. A lot of men who go to fast food joints find themselves getting a little chubby, but this customer was extreme. He has been observed at various establishments, although not at Buster’s Barbecue, where everyone knows you can’t beat the meat. According to witnesses, his vehicle is missing its gas cap cover and its license plate, and he is missing his pants.

They say he’s missing his pants, but no one really knows what he is aiming for.

Apparently there is no protocol in place for dealing with this sort of situation. It’s never come up before. So reactions of the young women at the drive-up windows have had mixed results. The ones telling him to “beat it” have not had much success getting him to go away, but the one who asked if he “wanted that super-sized” fared better. So far he has driven away before producing any special sauce. The surveillance video shared on the TV news has not been helpful. The pictures are fuzzy and gray, 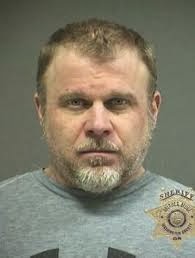 and show a fellow with a small, digitally scrambled crotch zone.

Nonetheless, a man has been apprehended, and authorities say they have the situation well in hand. By all accounts the police line-up was really something. It was populated by men on the force whose shifts were up. Everyone was seated and the measurement-chart behind them modified in a specific way.

Robert Ray Martin was fingered and sent to jail, but it was hard on him, and he bailed himself out. While his is not considered a hanging crime, he still faces stiff penalties, although legal experts caution that it is equally likely he will get off. Officials express confidence he will not re-offend soon, and everyone is grateful that he was apprehended before he got to Jack In The Box.