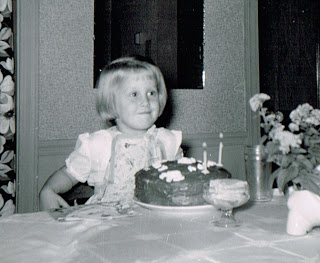 There should be a warning on this blog for first-time readers. I might tell you we’re all going to the zoo, but I distract myself, and before you know it we’re holed up behind a dumpster in an alley somewhere with the rats and the vomit. Like in my last post, where I had every intention of talking about ice cream, and somehow veered into pubic lice instead. It’s probably disconcerting. I’m used to it, myself. Several times a day I get up to go do something somewhere, but I end up somewhere totally else, although it’s usually in front of the refrigerator.

So I’m going to try again, with the ice cream. I like ice cream. Ice cream lines up the pleasure centers in my brain like xylophone keys and bongs on every one of them. But I didn’t much like it as a kid. I was a picky eater. Food had to follow three rules: it must not have flavor; must not meander across the plate and cross-contaminate the other food islands (“juice creep”); or be beets. Juice Creep was a constant problem. Mom’s Swedish Meatballs passed the test because they always had flat spots and didn’t roll. Ice cream failed. You put a scoop of ice cream on a plate in Washington, D.C. in the summertime and add thirty seconds, you no longer have ice cream. You have a wet spot. What I wanted was cake. Some combination of the way Mom made cake and the humidity allowed a girl to roll the frosting right off the cake and eat it last. All ice cream did was dampen the cake. And by itself, it wasn’t all that great. 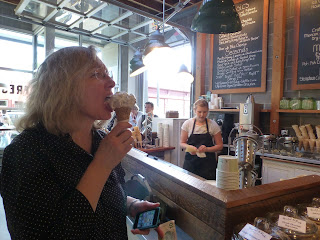 I remember when ice cream got really good. It got expensive at the same time, and it got called “premium.” Evidently, before, the stuff was made of crap. For instance, there was a period of time (the Metrecal Era) you could buy something called “ice milk.” It was a way to keep your girlish figure while wishing with all your heart you were eating ice cream. Nobody came up with a worse idea until tofu brownies and carob chips.

It wasn’t just ice cream. I didn’t like pie either. Especially Mom’s apple pie. I had not actually gone to the trouble of trying it, but it was unacceptably runny and didn’t look anything like cake, which is what I wanted. Cake with rollable frosting. I finally gave pie a shot in my twenties and spent the next year in a fruitless search for recipes for Retroactive Pie.

Now all ice cream is good. There are specialty shops that make their own ice cream out of ever more exotic ingredients. Olive oil. Balsamic Vinegar and Pepper. Lavender Compost Fudge Swirl. Marigold and Lug Nuts with Ribbons of Perspicacity. A local shop has lines out the door and around the corner at all times of the day even though you have to fork over eight bucks for a scoop the size of a golf ball.

The line is so long that people at the end of it get confused and think they’re at the DMV. The real latecomers get in line with packages to mail.

And it’s all worth it. The eight bucks a scoop and the wait in the line and everything. I could eat ice cream every day now. It’s a fine thing to do while you’re waiting around for the research showing ice cream is good for the heart.