My mommy was a very nice person–everybody thought so–and I never once thought she was trying to kill me, until the day we visited a couple old ladies whose apartment reeked of ammonia. My little nose twitched in vain for pockets of oxygen. We were probably only visiting for the length of time it takes to drink a cup of coffee, but it seemed possible I would perish before then. I looked at the three women’s faces the way you check the flight attendants for signs of panic when you hit turbulence. No one else seemed to be concerned.

When I was little I could be done in by smells. Anything out of the ordinary might be fatal. Not cigarette smoke, of course. That was everywhere. But odd cooking smells in other people’s houses, people who used olives and fish and sauerkraut instead of canned green beans and chicken and Minute rice–those struck fear in my heart. Or the devastating fug my brother left in the bathroom, a lingering toxic stew of Camels and Aqua-Velva and farts that would send me to the basement to use the toilet with the cracked seat and the spiders.

We tromped off to junior high saturated in Ambush and Shalimar, and later to college in Patchouli and Body Odor, and didn’t think a thing of it. You get used to stuff. Now I find cigarette smoke rare and sickening, and any kind of perfume. But I can’t think of any bad food smells. Dave’s worked in so many mill towns that he thinks paper mills smell like money. 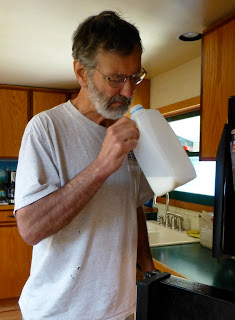 For some reason, though, the folks who live around the place where the whole city of Portland sends its food scraps for composting–meat and bones and everything–are putting up a stink about the smell. Even though we deliberately stuck it out in the boonies where we won’t have to listen to anyone complain. We all think they’re terrible whiners, and we should know, because we live miles away and it smells fine from here. It’s such a subjective thing, odors. At least I used to think it was subjective, until I found out about the Nasal Ranger. When the Nasal Ranger comes through, he can document just how smelly something really is. He can assign smelliness numbers to it, and put the numbers on paper and roll it up and smack lawyers with it and everything. He is a hero.

I assumed that the Nasal Ranger used some kind of device. A box, maybe, that sampled air and analyzed it and spit out spiky colored graphs indicating parts per million of an assigned group of noxious odor molecules. And if there was a particularly high spike of Rotting Meat molecules at the compost facility, the neighbors could make themselves a nice case.

But there is no such box. In fact, the Nasal Ranger is the device, not the person. It looks like a boot and the person puts it on  his nose and breathes in. This isn’t what I expected at all. It’s like when Dave takes the milk out of the fridge and gives it a sniff and his whole face pleats up and he says “here, smell

The way it works is they have one tube for the obnoxious air and one tube that filters all the obnoxia out, so it smells like nothing. And there’s a little dial you can turn so that you get more and more of the filtered air, and at the point you can no longer (personally, subjectively) detect the icky air, you have a usable number, a dilution factor. We could use the Nasal Ranger on our block, where a coffee roaster has moved in, producing an acrid burnt smell that nobody really likes. In fact when it looked like the roasting facility was burning down the other day, the neighbors stood around and cheered. Although that might have been for the firemen going up the ladder with names on their butts. The smell from the donut shop around the corner is equally strong, but nobody pitches a fit about that.

It’s too bad I didn’t know about this back at the Post Office. I spent a couple years sorting mail next to a 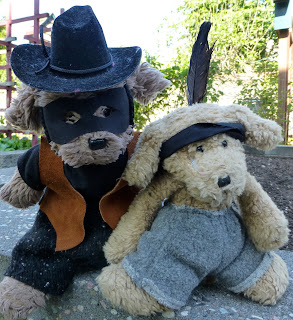 bean-burrito eater who was disinclined to part with any of his video poker money for soap. I would love to have called in the Nasal Ranger. And his sidekick, Snotto, too.