High Nunes: The First Epistle To The Banana Republicans 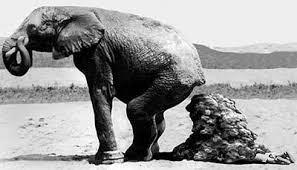 Welcome to Story Time, the Circus, the Greatest Shitshow On Earth. The House Democrat majority has brought everything but the elephant poop. That’s what we’re here for.

You all know what’s going on. This is no honest effort to discover the Truth. We buried that a long time ago. No, this is a shameless attempt to reverse the results of the last election, a coup d’état, the blatant overturning of the wishes of the American People. It’s disgraceful. The blatant overturning of the American People’s wishes is the job of the Electoral College, and the Democrats know it.

This is not a serious undertaking. The Democrats have spent the past three years fantasizing at night about Watergate. They are wanking away in their basement bunkers, deposing repeatedly, in total secrecy, and we know this, because we were in there with them.

They’ve got nothing. They have people who talked to other people who overheard other people who got a text from their second cousin. There are no first-hand witnesses that the Democrats can provide, because we’ve got them duck-taped to their chairs in the White House, the American People’s house, not some dank basement room with a hanging light bulb and the scent of damp Democrat panties. All they’ve got is rumor and hearsay. 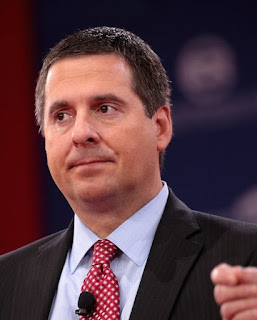 We aren’t even allowed to subpoena the whistleblower, without whose blown whistle we wouldn’t even be here today. We need to know the identity of the whistleblower and his or her GPS coordinates in order to determine if he or she is a partisan hack and allow the American People to demonstrate how justice is done, old-school.

They’ve got nothing! The President never once said “This was totally a quid pro quo for purely personal political gain.” Quite the opposite. He said there was NO quid pro quo, loud as all hell, and wrote it twice with a Sharpie. So there. And he’s right, because the Ukrainians never did what the President wanted, or what somebody’s NeverTrumper second cousin said he wanted, and they got their military aid after all, which was only being held up temporarily, which is totally normal, until such time as the public found out about it. No quid pro quo. Or bribery, or extortion, or urinary malfeasance in the third degree, or whatever the Democrat Word Of The Day is.

Even Ambassador Sondland did not say quid pro quo in at least several of his text messages, instead obliquely referring to the “deliverables,” which is a totally normal word for things that are open and above-board. Ask any reputable goombah.

And then, what happened? Trump sent them the Javelin weapons Congress ordered, which they really really needed to fight the Russians. Obama didn’t send them Javelins. He blackly sent blankets and binkies. Neither did Clinton or Carter or Teddy Roosevelt. Democrat pansy-assedness goes back a long way. Only Trump had the courage to hold up the delivery of Javelins for a couple months while he made sure the Ukrainians wouldn’t waste them.

The fact is if Democrats had been around when George Washington was using diplomatic channels to secure a treaty with Great Britain, they would have creamed their colonial knickers just thinking about impeaching him.

Are we to take the word of people who claim to know what’s on the President’s mind? Give us a break. Nobody knows what’s in there. He’ll say one thing in the morning and do something else at noon. The idea that anybody knows what the President is thinking is plain ludicrous. And yet that is what the partisan peter beaters on the other side of the aisle want you to believe.

Jesus. Don’t make us go full Kavanaugh on your asses. Our arms are already in the air and we’ll be spitting nails in a minute. Shut up! I’m not screaming, you’re screaming!

The American People can see what’s going on here. This circus is taking up valuable time the House of Representatives needs to do the American People’s business, before our friends block it all in the Senate.

Let’s face it: the Democrats have been trying to get rid of Trump since the day he was elected, and also they want to see nude photos of him.


Yes we have, and no we the hell do not.