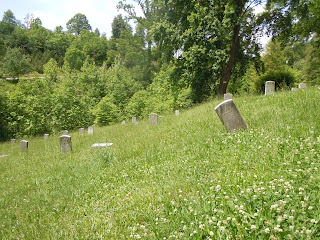 Sometimes in the little small-town newspapers there is a section about local people and their goings-on. Mrs. G had lunch with Mrs. F; Lois was visited by her nephew and his family from Duluth. It’s friendly. The closest we come here is that page buried in the back of the metro section. Where, on any given Sunday, we learn that several dozen people have gone to meet their Lord and Savior, many of them after courageous battles with cancer. Some in the column no doubt went to meet someone else, or had nowhere to go at all, but that is rarely mentioned.

In any case, their earthly containment vessels have for the most part been left right here, six feet under, minus the watery bits. This way they more or less stay put where people can venerate them, if they have a mind to, although nothing lasts forever. I don’t know where the oldest known marked gravesite is, but it can’t be that old, geologically speaking. Things happen. Progress occurs, backhoes come by, tectonic plates shift, and what with one thing and another you’re going to lose track. My own parents had battles with cancer, which I’m not prepared to qualify; I don’t know what a cowardly battle would look like. I do know that the other side had most of the bullets, and now they’re both interred somewhere in some form. And I know more or less where they are, or can look it up, and I think there was a marker put down, although I’m not sure, and I admit I have not venerated them in an way, except in my thoughts with great gratitude on a daily basis. I’m glad other people keep up graveyards, though. I love to walk in them and examine the headstones. It’s peaceful to be among all those people resting for eternity.

Or ten years, whichever comes first. That’s the average in Spain, where gravesites are leased for just that long, and your survivors are expected to re-up. If they don’t come through with the cash, you’re scooped out of there for a more reliable tenant. You are banished from your usual haunts, and have to go live under a bridge. Or your skeletal remains will be propped up behind a sign at the freeway entrance (“homeless–anything helps”).

It’s a little less disruptive in Germany, where you may remain at rest for twenty years before the bill comes due. But if your relatives decline, your spot is up for grabs, although you will not be evicted. Someone else is going to get shoveled in, and whether you like it or not, you’re not going to be on top.

This is the very fate that awaits the Hitlers. Someone paid the rent for a hundred years, but finally, the last elderly descendant balked. Alois and Klara Hitler are mainly famous for not letting their son go to art school like he wanted and thus causing the deaths of millions. Alois and Klara had six children and lost four of them, but quit before they could finish the job. After years of paying the ante, a descendant of Mr. and Mrs. Hitler finally decided, screw it. I’m not paying.


It was probably an easy call. There’s the money, and all the upkeep, and then there’s the persistent infestation of neo-Nazis come to do their version of veneration, and no amount of petunias can brighten that shit up. Adolf Hitler himself is not available to venerate. Showing the same lack of perseverance as his parents, he killed himself in 1944 after a most unfortunate thirty years of procrastinating. He was then doused with petrol and set afire but refused to stay lit, knowing, perhaps, that this was not where he was supposed to burn. 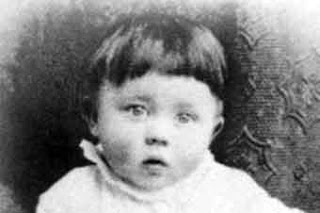 Various identifiable shards of him got moved around for years until 1970 when he was gathered up and refried and flushed into the sewer. Where modern Nazis are cordially invited to visit.