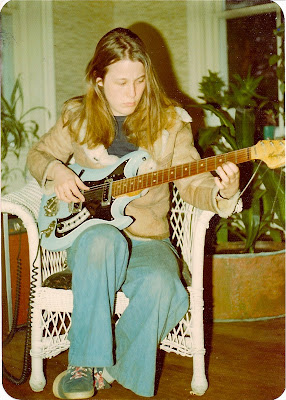 A recent study of the priest-pedophilia scandal, commissioned by the U.S. Conference of Catholic Bishops, has concluded that the priests involved were mainly victims of the Sixties and bad training. I’m not buying it, but not because the Sixties was not an unusual time. All sorts of odd ideas became mainstream, and although people learned to be reflexively skeptical of pronouncements from the government (“looks like rain! Bullshit!”) they lost all skepticism with regard to pronouncements from their peers. Smoke this. It will make you hack bits of your lungs out–no, hold it in! hold it in!–and eventually curl up into a fetal ball in terror. If you can hold it in long enough, In-A-Gadda-Da-Vida will sound profound. It’s harmless! And all sorts of things began making sense: Let’s do some shrooms and then a twirly dance and then let’s blow up something for peace. Heck, in the Sixties we even thought free love was a great idea, even though people used to pay perfectly good money for that, and you could only get 35 cents an hour for babysitting.

And I don’t think it was a matter of poor training, either. Did they really need to remind them that altar boys should be instructed to pop back up after genuflecting? I suspect not.

My suspicion is that whatever causes certain priests to develop their own special sacraments was not a phenomenon confined to the Sixties. The only thing that has changed is the willingness of the victims to tell. My suspicion is that although these sorts of things go on in every stratum of society, it’s possible that there were aspects to the priesthood that were appealing to certain people who were unlikely to fit in anywhere else.

My parents’ generation played things close to the vest. Both my parents lived through two world wars, a flu epidemic, Prohibition, the Depression, the Dust Bowl, and Pat Boone singing Tutti Frutti, but about all you could get out of them was “if you can’t pay for it in cash, you can’t afford it.” As far as I know, neither of them had any undue contact with a priest. (They were Lutherans. I don’t even know how they reproduced.) But if they had, nobody would have heard about it. Some things are not spoken of. One is expected to go on conducting one’s life in modesty and dignity, right up until the day one starts taking potshots from the bell tower.

So no, I don’t believe the Sixties were to blame for the wayward priests. Carob chips, a fug of Patchouli and Fat Elvis, but nothing worse than that.