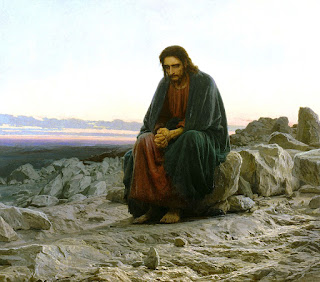 My friend David sent me a link to a poop article. This happens. It’s like how people know where to dump off their unwanted kittens so they’ll be taken care of. Poop articles come here to feel less lonely.

But until David sent me this one, I had no idea anyone ever thought about whether or not Jesus pooped. It never occurred to me he didn’t. All men do, even John Wayne, who was discovered to be packing forty pounds of impacted fecal matter at his autopsy, which might have accounted for his gait.

That, of course, is patently ridiculous. Forty pounds of poop! John Wayne did not even have an autopsy. People are mixing him up with Elvis Presley, who did have an autopsy, at which he was reported to be harboring an even more stupendous quantity of stale caca, but the quality of the autopsy is suspect, inasmuch as he hasn’t even stayed reliably dead.

Which, I guess, brings us back to Jesus.

The problem, for many Christians throughout the millennia, is that Jesus is thought to be both human and God, and for some reason people don’t like to think about God taking a dump, even though he has a throne. I’m not sure why something as natural and, frankly, satisfying as a bowel movement has gotten such a bad rap that we would deny the pleasure to the gods.

Probably this indicates my own privilege. The whole routine has always been a snap for me, and the first couple years my poop was someone else’s problem. But when I once asked my parents what they thought was the greatest innovation in their lives–I was thinking about airplanes, and automatic washers, and rocket ships, and such–they both said, fervently and in unison, indoor plumbing. So. This business of making poop disappear with several gallons of perfectly good drinking water is kind of new, humanity-wise.

Anyway, some of your earlier Christians thought Jesus only appeared to have a human body but was really a god, through and through, running a sort of parlor trick, if you will. And these Christians thought Jesus never actually dropped a load. This position is known as “Docetism,” from the Greek word dokein (“dookie”). No wonder the Trinity is so hard to comprehend. We can’t even get past number two.

All of this kind of makes me feel sorry for Jesus, and not just for that part toward the end. Surely a man of his talents could turn shit into sugarplums if that’s what a sensitive populace demanded. He did amazing things with a single loaf of bread and a dead fish, as you’ll recall. And if he didn’t poop, he’d have to keep a tight rein on that sort of behavior or he’d be one tunafish sandwich away from a serious personal backup.

There has to be some sort of mechanism for this celebrated self-control, or lo, it will be with him alway, even unto the end of the world. The explanations given are less than satisfying from a scientific standpoint. For instance, according to a second-century teacher named Valentinus, “Jesus digested divinity: he ate and drank in a special way without excreting his solids. He had such a great capacity for continence that the nourishment within him was not corrupted, for he did not experience corruption.” That’s religion for you–you’re just supposed to accept that.

But it only raises more questions. For instance, did people in the second century, when they hit their fingers with a hammer, yell Oh, Experience Corruption?


At any rate, the digestive method described by Mr. Valentinus must be something like sublimation, the process by which a solid (in this case feces) makes a transition directly to a gas. Big deal. I do that all day long.