How To Keep It Up Forever 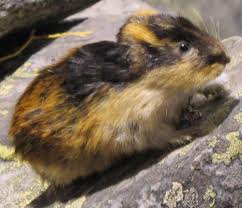 Kansas is thinking about outlawing sustainability, so that solves that. It’s a great example of outside-the-box thinking, and the Reality Box has really been cramping our style. Kansas means business. It is duct-taping a legislative brick to Thelma and Louise’s accelerator pedal. Look out world! This is the kind of creative thinking you can get when you quit teaching evolution.

I’ve been thinking of this law as the Lemming Liberty Act, but it occurred to me, as it often does, that I might be selling lemmings short, so I did a little research. There are a lot of myths about lemmings.  We’re familiar with the mass suicide idea, but lemmings have inspired other ideas over the years. The Inuit people are said to have believed that lemmings were spontaneously generated during stormy weather and fell out of the sky, and a geographer named Ziegler put his official (white man) stamp on that notion in 1530. I am assuming that lemmings popped out during storms and no one could think of any way they could have gotten there but to have dropped from the sky, sort of like how it rains earthworms on the city sidewalks during a sharp downpour.

Well, this is just the sort of thing people like to come up with. There’s nothing so old-fashioned about it. Even now, billions of people note how splendidly we are endowed with the right temperatures and the right food and the availability of liquid water and other things we really need, and they conclude that all of this stuff was put here just for us, because we’re just that special. It doesn’t tend to occur to them that we evolved and thrived in response to what was here, and if something different was here, we wouldn’t be here at all, but maybe something else would be. Maybe some methane-huffing critter without quite so much of a sense of self-importance. And it doesn’t occur to them that if we somehow jigger the works, we can create the conditions in which we will not thrive at all. Here we are: we must have dropped out of the benevolent sky. 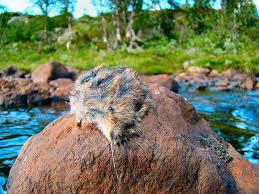 The spontaneous-generation idea was soundly refuted by the noble natural historian Ole Worm, who demonstrated that the lemmings were perfectly respectable members of the rodent family, and were probably created by slightly older lemmings in the usual way, and not spontaneously generated during storms at all, although he did agree that they blew in on the winds. Sometimes science advances in increments.

The mass suicide notion is also faulty. Lemmings do not, in fact, decide to get in line and charge off a cliff to certain death. That isn’t their plan at all. And yet they do suffer massive die-offs periodically, when their own overpopulation and thin resources encourage them into a mass migration for better conditions. They can swim, but if in the course of a migration they start swimming in a body of water that is a little too large, they might get too far away from shore and drown, and their little bodies will end up stranded in the reeds like meatballs in a stoat restaurant, a vision that might have given rise to the spontaneous-generation idea to begin with. Although why a storm should whip up dead rodents and drop them on the ground is still a mystery. Anyway, it is incorrect to conclude that the lemmings are trying to kill themselves.  They’re not. They end up just as dead, but they don’t mean to. They’re like us that way. 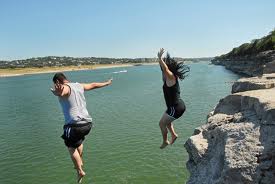 So I’m sticking with the Lemming Liberty Act. If Kansas wants to make sure anyone who wants to pop down to the Gulf and swim to Belize is free to do so, I’m willing to go along with it. Or I would be, if all us lemmings weren’t roped together.

Pogo Fans: Can you help? A reader wants to find the original source of a quote I attributed to Albert The Alligator. It was “funny how a handsome man look good in any old thing he throw on.” If any of you have old Pogo books with this particular strip, let me know.